There’s nothing The CW loves more than its annual crossovers within its DC Comics properties. But if you were one of the fans who felt a little cheated by last fall’s Invasion! story — which was advertised as a four-show crossover but in actuality was a three-show crossover featuring Supergirl — then we’ve got good news for you: The producers are already hard at work laying out the logistics for next season and an honest-to-goodness four-show crossover is on their wish list.

“Next year, we’re hoping to do a true four-way crossover,” executive producer Andrew Kreisberg revealed to a small group of press during a Supergirl screening on Friday. “The great thing about our dear friends at The CW and Mark Pedowitz picking the shows up as early as they did, [it] has allowed us to start building the schedules for next season.”

This extra planning will hopefully allow the network’s current superhero series — Supergirl, The Flash, Arrow and DC’s Legends of Tomorrow — to be able to better accommodate filming. “One of the big things we learned from two years ago, which made the crossovers this year slightly easier, was building in shutdown days, where shows just want dark,” said Kreisberg. “The single hardest factor in doing the crossovers is actors’ availability because the shows keep going on. We’ve got four shows and you’re basically juggling four shows’ worth of schedules.”

“The thing that we didn’t really plan on — again because we weren’t aware that we were going to switch Supergirl from CBS to The CW and it was really going to be part of it — that was the one show that actually didn’t have built-in shutdown days, so all the other ones did,” he continued. “Because the show starts on Supergirl, Melissa [Benoist] ended up being heavily in The Flash and then in Arrow. So Supergirl was the show we needed to shut down the most and it was the one we didn’t have any opportunity to. Now that we’ve gotten the early pickup and we’ve started designing the seasons, we’re building in those dark days — and actually more dark days on Supergirl than the other shows — to make it a little easier.”

So there you have it. While it’s not an official announcement by any means, they’re at least trying to craft a real four-show crossover. So that’s something?

Supergirl airs Mondays at 8/7c on The CW. 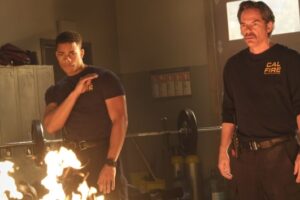 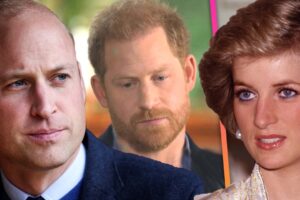 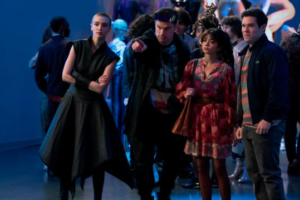