With a proven track record as a producer and having produced for renown artists such as:  Calle 13, Don Omar, Tego Calderon and Voltio, among others, Danny Fornaris continues solidifying his career as an artist through this new hit already on rotation in major radio stations in Puerto Rico and several countries in Latin America.

“The title of ‘Anillos de Saturno’ was inspired by one of the images that has captivated me since my childhood. I’m a fan of space and of the amazing fact that we actually live in a spacecraft called planet earth. ‘Anillos de Saturno’ is a love song that uses this beautiful image as a symbol of that element impossible to achieve, that ALL that you want to give the person you love who walks hand in hand with you through this journey we call life,” elaborates Danny Fornaris.

His music has positioned him as one of the newer artists on the island with major international potential. The last weekend he was invited to perform at “Las Justas”, one of the most popular and massive events in Puerto Rico where he shared the stage with artists such as Tito El Bambino and Pedro Capo.

“All of this is in a cheerful, real, and naughty context, something Latinos carry in their blood.  The sound is innovative. I have many musical influences from alternative rock, which I grew up on, to urban, a genre in which many know me [for my production]. Hence, the song can be sung accompanied by a piano or an acoustic guitar, either way it translates to magic. Jani Sanchez’s voice was key. We have a creative chemistry that rarely occurs. She gave the song life and her performance is my favorite part! Anillos de Saturno’ has a very catchy beat that sticks to you, making it impossible for you to stop dancing. It is a song that channels an amazing energy,” affirms Danny. 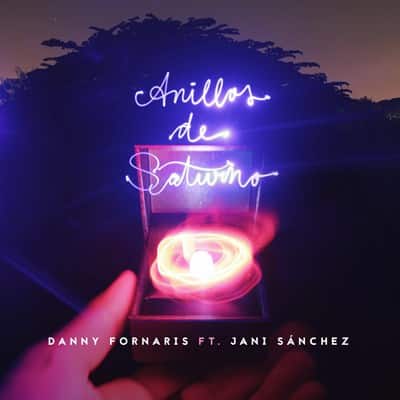 Gwen Stefani Schedules This is What the Truth Feels Like’ Summer Tour With Fellow Songs-tress Eve
‘Queen Of The South’ To Premiere Tuesday, June 21 & New Trailer