Danny Fornaris debuts new single
“Si No Me Quieres”
(If You Don’t Love Me)
exclusively on Univision.com 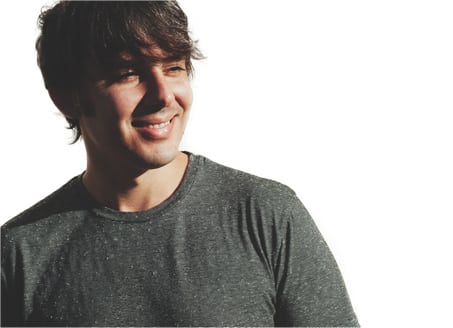 Los Angeles, CA (July 26, 2016) – After the astonishing success of debut single “Anillos de Saturno” (Rings of Saturn), which surpassed 1 million plays, was on rotation in radio stations across Puerto Rico and Central America reaching No. 1 in countries like El Salvador, Danny Fornaris introduces new single “Si No Me Quieres” (If You Don’t Love Me) feat. Jani Sanchez. An interesting second single, a bit more on the Pop side, that still preserves his essence as a producer with both an innovative and distinct sound.

“’Si No Me Quieres’ is a song I created between 2010 and 2011 but was completed in 2016…that’s just how life is! It was one of the first songs I wrote for this project, so simple. Your first few creative works always have that spark!” affirms Danny.

“I’m collaborating with Jani Sanchez again because our fans asked me to multiple times! I think the chemistry we have will continue opening doors for us to create hit singles. The fans love it because it’s organic. I want to continue using this blessing to create more so I can give more to our fans.

“’Si No Me Quieres’ being that it was records years ago, had the opportunity to be played in many different venues in front of diverse audiences. From the first time we played it the response has been amazing! People learn the lyrics and sing along right away! It’s very catchy! It seems funny but, like in any scientific experiment, the results we got each time led us to conclude that this would be a hit single. We are very excited about releasing this song! As a producer, I’m stoked about the sound I created. I feel I raised my own production standards. I’m thankful that God gave me life and the opportunity to release ’Si No Me Quieres’ after all these years,” says Danny.

’Si No Me Quieres’ is part of Danny Fornaris’ new EP which is set to be released in the fall and more proof that Danny is one of the most interesting artists that has come to light in 2016.

Pokémon Go Will Get You Promo Codes To See NERVE In Theaters
MARVEL’S DOCTOR STRANGE – New Trailer and Poster!