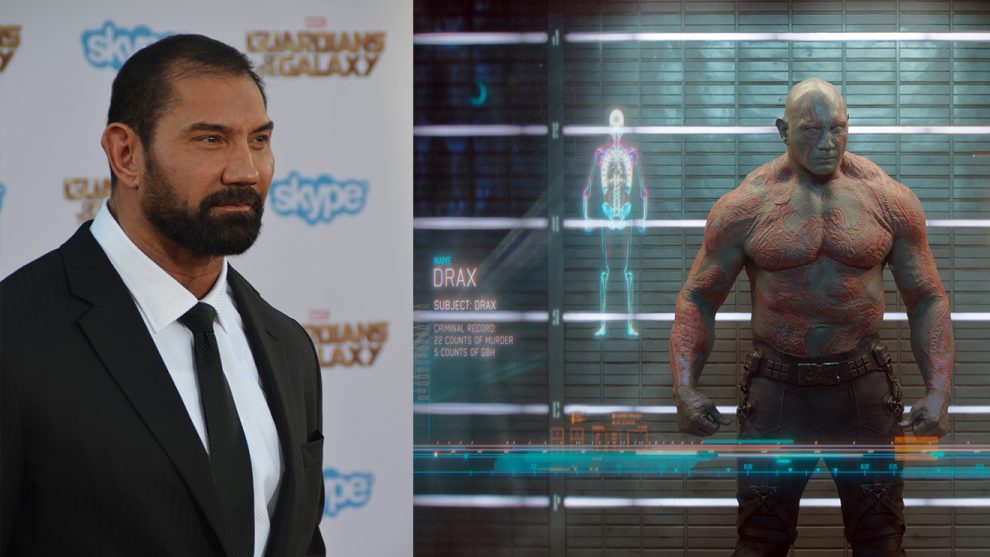 Despite the nature of the tweets – many of which made light of pedophilia and rape – the Guardians cast has shown unwavering support for their now-ousted director. Last week, the cast collectively signed a letter of support with franchise star Chris Pratt writing he’d “personally love to see [Gunn] reinstated as director of Volume 3.”

Well, now it seems Dave Bautista, who plays Drax in the films, is willing to put his role on the line for Gunn. The actor told the ShortList if Disney does not use Gunn’s script for Guardians‘ third installment, he’ll walk away from the franchise.

“Where I’m at right now is that if [Marvel] don’t use that script, then I’m going to ask them to release me from my contract, cut me out or recast me,” Bautista told the ShortList. “I’d be doing James a disservice if I didn’t.”

On Monday morning, Bautista uttered similar sentiments via Twitter, calling out any director who dares to fill Gunn’s shoes.

I will do what Im legally obligated to do but @Guardians without @JamesGunn is not what I signed up for. GOTG w/o @JamesGunn just isn’t GOTG. Its also pretty nauseating to work for someone who’d empower a smear campaign by fascists #cybernazis . That’s just how I feel https://t.co/Ym4FwruVDu

No doubt the set of Guardians Volume 3 will be a bit… tense.