Just over a year after his death, David Bowie has racked up the most Grammy Award wins of any artist this year.

Before Blackstar, Bowie had only earned one Grammy in 1985, for best short-form video for Jazzin’ for Blue Jean. Prior to his five Blackstar wins, he received a total of 12 Grammy nominations throughout his five-decade career.

“This is his first music Grammy of any of his projects, so it’s kind of shocking” for someone who “had such an amazing presence in the business,” engineer Kevin Killen told reporters Sunday afternoon. “But these things happen and I’m sure most of us that work in the business don’t necessarily think about getting awards. It’s just about the joy of making music and I’m sure it was for him, too.”

Added mastering engineer Joe LaPorta: “It’s truly well-deserved and it has been such a long time for him to finally get this recognition.”

Bowie died of cancer at age 69 on Jan. 10, 2016, days after the release of Blackstar. News of his sudden death shocked the world, although Killen says they were aware of his ailing health as they embarked on the album in January 2015.

“We were aware from Day 1 of the recording of David’s condition, but it did not impede,” Killen said. “He was incredibly enthusiastic every day and really determined to make this record on his own terms, and hope that obviously, the outcome would be different. But it was an inspiration for all of us to see him do it.” 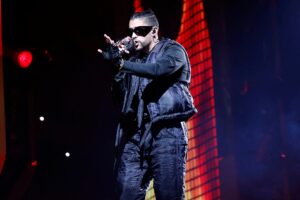 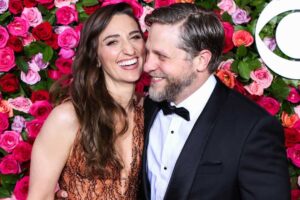 Sara Bareilles Announces Engagement to Joe Tippett: ‘You Are Exactly Who I Want’ 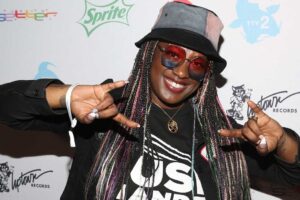