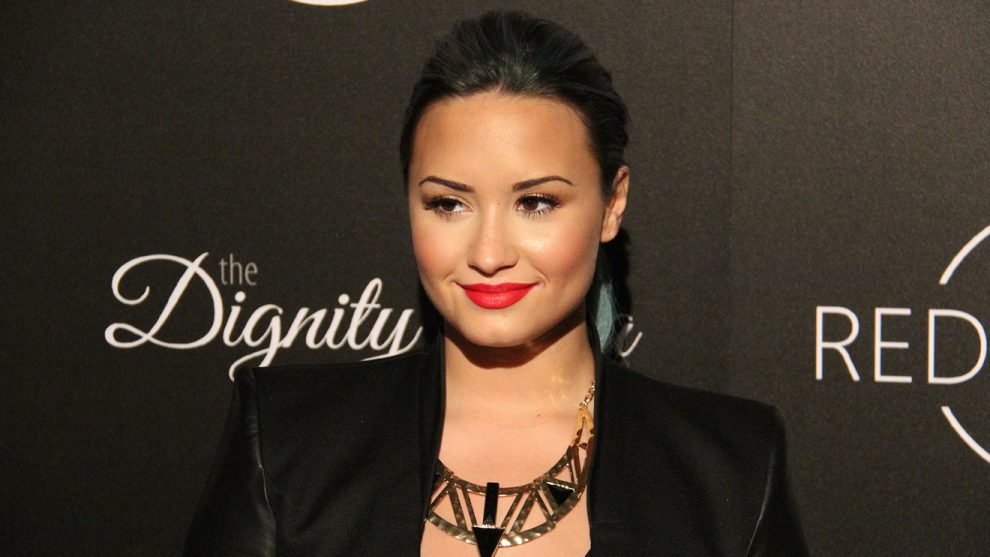 “To the ones who never left me / We’ve been down this road before / I’m so sorry, I’m not sober anymore,” Lovato, 25, sings in her new single, Sober, released Thursday.

Elsewhere in the song, she apologises for the “drinks spilled on the floor” and admits, “I wanna be a role model / But I’m only human … I’m sorry that I’m here again / I promise I’ll get help / It wasn’t my intention / I’m sorry to myself.”

The former Disney star hinted on Twitter numerous times in the last month that her “truth” was coming — and that not everyone would be happy with it.

“There’s nothing like the truth. The honest to God, uncomfortable and shocking truth. Sometimes you have to share your story in the most honest way possible … for me that’s through music,” she wrote in May, adding, “Sometimes you have to end an era to begin talking about a new chapter of your life.”

She also hinted days later that she’d made some changes to her lifestyle and inner circle.

“I feel like I’ve grown more in the past two months than I have in years. I feel like a new woman and I’m so grateful for my life today,” she wrote on June 1.

Two days later, after fans noticed she’d unfollowed her CAST Centres partner and sober coach Mike Bayer, she tweeted to a fan that the biggest lesson she learned this year is that “You can’t always trust people who you once thought saved you.”

As it turned out, Lovato split from her longtime management company and PR company, PhillyMack, and signed with Roc Nation.

In March, Lovato marked her sixth year of sobriety but continued to struggle with her addiction.

In her October 2017 documentary, the Confident singer admitted she had used drugs while promoting a sober lifestyle back in 2012.

“I wasn’t working my program, I wasn’t ready to get sober. I was sneaking [cocaine] on planes, I was sneaking it in bathrooms, sneaking it throughout the night … I went on a bender of like, two months where I was using daily,” she recalled. “There was one night when I used a bunch of coke and I popped a few Xanax bars, and I began to choke a little bit. My heart started racing, and I thought to myself, ‘Oh my God, I might be overdosing right now.’”

She also confessed to faking urine tests and going through about 20 different sober companions before finally getting clean, as well as to being tempted to relapse after attending the 2016 Met Gala.

“I had a terrible experience,” she said. “This one celebrity was a complete b**ch and was miserable to be around. It was very cliquey. I remember being so uncomfortable that I wanted to drink … I changed my clothes, but I still had my diamonds on — millions of dollars of diamonds on in an AA meeting, and I related more to the homeless people in that meeting who struggled with the same struggles that I deal with than the people at the Met Gala — fake and sucking the fashion industry’s d**k.”

Her past issues extended beyond alcohol and drug addiction, as the singer also engaged in self-harm and admitted to having suicidal thoughts when she was just 7 years old.

She also previously hinted at being a survivor of sexual abuse.