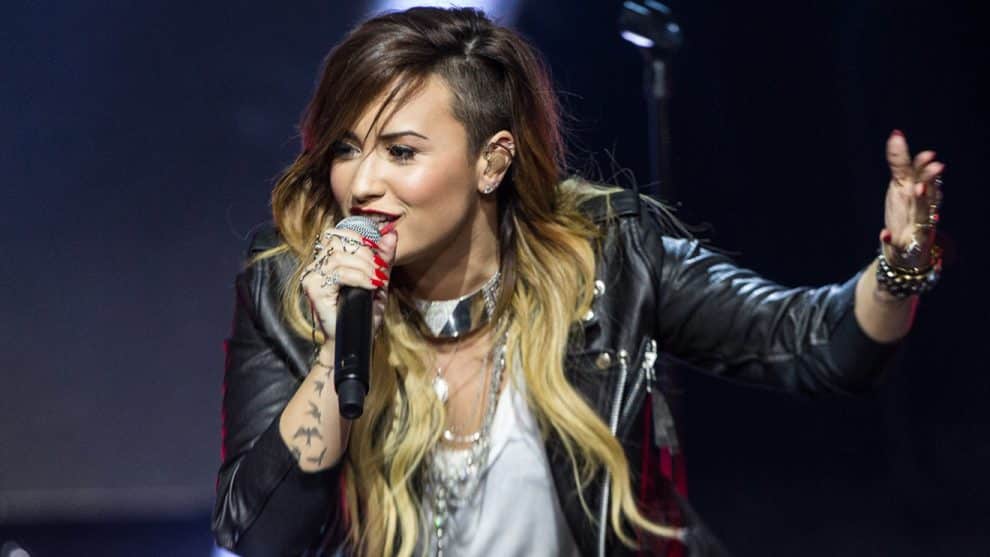 Demi Lovato didn’t allow being on stage stop her from getting her midnight smooch on New Year’s Eve.

The former Disney Channel star had her last performance of the year at Fountain Bleu Miami on Sunday, where she counted down the seconds to 2018 in front of an audience. When the clock struck midnight, the raven-haired singer lock lips with her background dancer, JoJo Gomez.

Of course, the hitmaker DGAF about anything anyone had to say about the moment and took to Instagram to highlight her New Year’s Eve kiss. “Last performance of 2017 and first kiss of 2018,” Lovato captioned the slide of photos, which includes her unexpected smooch with Gomez.

The 25-year-old wasn’t the only one who shared her “first kiss of 2018.” The choreographer posted the same selfie the captured her romantic encounter with “Sorry Not Sorry” singer on her personal Instagram page.

But the kiss might not be as surprising after all. Back in October, the Mexican-American beauty revealed she didn’t care whether she was with a female or a male all she cared about was the “connection.”

“I am on a dating app with both guys and girls. I am open to human connection, so whether that’s through a male or a female, it doesn’t matter to me,” Lovato said on her Simply Complicated documentary.

Back in September, there were rumors the singer had a girlfriend after she was spotted holding hands with DJ/producer Lauren Abedini in Disneyland.

Demi Lovato had her New Year’s kiss by kissing her dancer JoJo! pic.twitter.com/AuuKuezPZ1