This summer, villainy runs in the family.
Steve Carell is Gru and Dru. 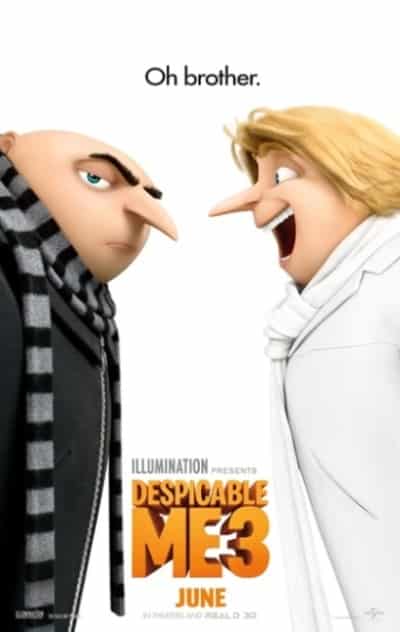 Watch and share the new trailer for DESPICABLE ME 3, in theaters June 30

The team who brought you Despicable Me and the biggest animated hits of 2013 and 2015, Despicable Me 2 and Minions, returns to continue the adventures of Gru, Lucy, their adorable daughters—Margo, Edith and Agnes—and the Minions. Despicable Me 3, directed by Pierre Coffin and Kyle Balda, co-directed by Eric Guillon, and written by Cinco Paul & Ken Daurio, will be released in cinemas in summer 2017.

The animated film is produced by Illumination’s Chris Meledandri and Janet Healy, and executive produced by Chris Renaud.