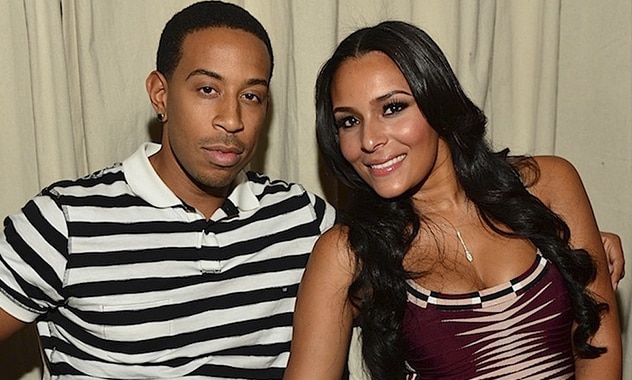 Looks like all is forgiven already between Ludacris and his longtime lady, Eudoxie Agnan. As soon as word spilled out last week that the rapper had fathered a baby girl outside of his four-year relationship — he says they were “on a break” — the public wondered whether this would mean the end for the couple. But it seems as if Eudoxie is not only standing by her man, she’s looking to take things to the next level!

According to TMZ’s sources, Luda’s girlfriend is still set on marrying him in the near future. The site reports that the Fast and Furious star’s gal is “emotionally hurt, but she too is taking the position they weren’t a couple at the time of conception.” At least the pair is on the same page and ignoring those rumors that they were actually together.

Eudoxie seems to have taken a page straight out of Gabrielle Union’s book. The actress accepted boyfriend Dwyane Wade’s marriage proposal earlier this month, just weeks before he welcomed his third child.. with another woman. The basketball star also maintains that the two were “on a break” at the time — yes, this is a trend now — and that Gabrielle was aware of the pregnancy long before the two were engaged.

Marriage might not be the answer to infidelity (and we don’t know that there was actually any cheating going on here), but it seems like Eudoxie and Ludacris are working through their issues. We hope that everything can be peacefully resolved and that the rapper-actor’s new daughter will have two loving homes to grow up in.