A sneak peak of the upcoming second season of Hulu’s DIFFICULT PEOPLE, which will premiere on July 12th and stars Tina Fey and Mark Consuelos among several others. 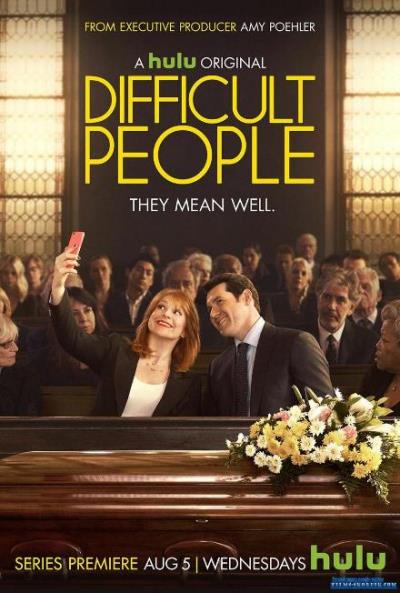 Julie and Billy continue to search for fame, to diminishing returns. Billy embarks on the journey of finding a boyfriend while Julie tries her best to avoid a deeper commitment to Arthur and not become her mother. Julie and Billy continue to have contempt for the word around them while remaining loyal to each other, and, as they get in their own way, learn no lessons.

The Winner of the Chosen Few “No me Compares” MiCrush contest is….
Hugh Hefner’s Playboy Mansion Is Sold To The Owner Of Twinkies