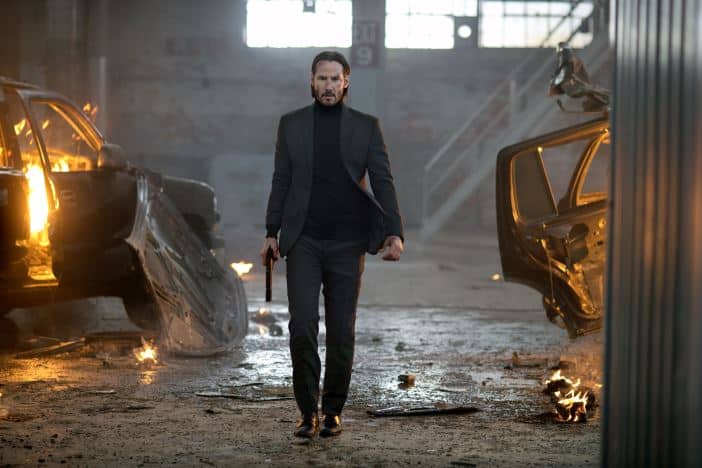 We’re happy to report that if you were completely blown away by the action and thrills in John Wick, the directors tell us they’re in the works on another one.

During our chat with Chad Stahelski and David Leitch for “Director’s Notebook,” the stuntmen turned directors revealed that they definitely want to give the fans what they want and are currently working on a sequel to their hit debut, which not only proved that Keanu Reeves is still a viable action star but introduced us to some spectacular new action sequences like “gun fu” and “car fu.”

They didn’t go into any specifics on story or if Reeves would return, though Stahelski did hint, “If we could work with Keanu Reeves for 10 movies you’d have a really cool career.” The two admitted that pressure of a sequel isn’t coming up with more action, but keeping the character relatable.

“We have ideas for days and without blinking twice we know we can outdo the action from the original,” Stahelski said. “It’s the matter of story and how much you like the character. That’s always the most important. If there’s great action but you have a character that no one likes and doesn’t have charisma you’re not going to watch it. Look at any great action star, whether it’s Harrison Ford or Liam Neeson or Robert Downey Jr., pick a name, you love the guy first. Good action, bad action, you just love them in action. So we want to make sure we have a story and a character that everybody loves and then we’ll dress it with action that we promise will be awesome.”

“You gotta go on a journey with the guy and have to like the guy,” Leitch added.

Stahelski and Leitch are hot commodities in the action world at the moment as news broke last week that they are in early talks to helm Cowboy Ninja Viking, starring Chris Pratt.