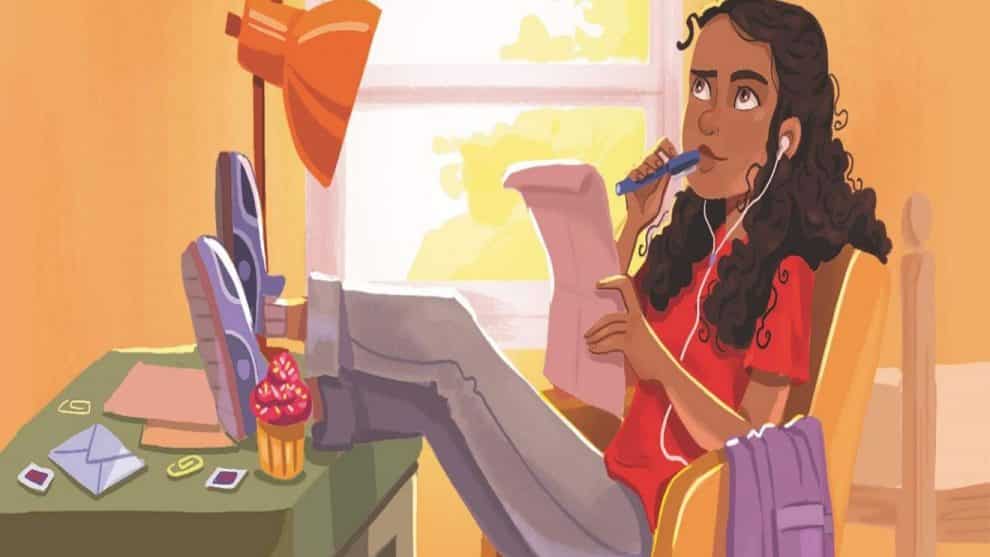 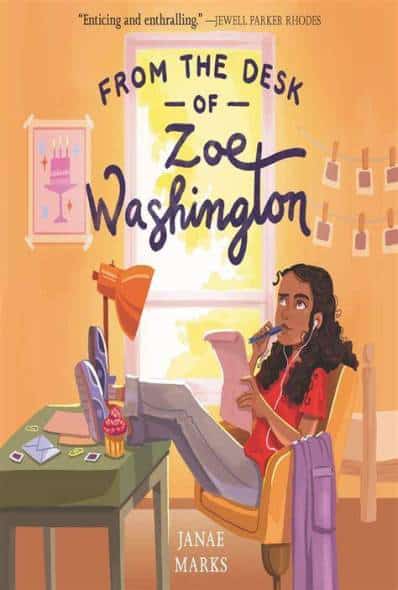 BASED ON THE CRITICALLY ACCLAIMED BOOK
Kerry Washington, Pilar Savone, and Effie Brown to Produce

“From the Desk of Zoe Washington” centers around middle-schooler and aspiring pastry chef Zoe, who sets her sights auditioning as a contestant on Food Network’s “Kids Bake Challenge” the summer before seventh grade. One day, Zoe receives a letter from her father, Marcus, who was sent to prison right before she was born. Because Zoe’s mom has never wanted her to have a relationship with Marcus, Zoe keeps the letter a secret. Zoe and her father soon begin corresponding regularly and Marcus shares his favorite songs with her and is supportive of her baking-competition dreams. When Marcus proclaims his innocence, Zoe is shocked: How could someone innocent end up in prison? With the help of her grandmother and her friend Trevor, Zoe begins to learn about systemic racism and how Marcus may have found himself unjustly imprisoned and embarks on a quest to set her biological father free.

“Marks’ book does a beautiful job of delicately weaving together the challenges and triumphs of life and the enormity of social injustice and systemic racism through the lens of an almost-seventh grader,” said Ayo Davis, executive vice president, Creative Development and Strategy, Disney Branded Television. “This is a perfect example of the type of premium storytelling that will not only entertain but will touch our audience on many levels as they see these topical issues reflected on the screen.”

Published in 2020, “From the Desk of Zoe Washington” has already garnered much praise. Among the recognition, notoriety includes 2020 Cybils Award winner, 2021 Edgar Award nominee, named a “Best Book of the Year” by Parents magazine, Book Riot, Kirkus Reviews, Booklist, and Chicago Public Library as well as the Boston Globe and NPR’s “100 Favorite Books for Young Readers.”

Since 1997, Disney Channel has presented over 100 movie titles in its Disney Channel Original Movie (DCOM) franchise for kids, tweens and families and accounts for the #1 movie in cable TV history (“High School Musical 2”) and 5 of the Top 10 cable TV movies in Total Viewers in the U.S. and are equally successful worldwide. Viewers have also heavily engaged with the music from DCOMs, with soundtracks that have spent multiple weeks at #1 on the iTunes Soundtrack and Billboard charts as well as music videos that have garnered millions of views on VEVO/YouTube.

As part of today’s Television Critics Association Virtual Summer Press Tour, Disney Branded Television hosted a panel titled “The DCOM Craze,” where young actors who are on the brink of their Disney Channel Original Movie debut, along with stars from some of the most beloved DCOMs of all time, joined Lauren Kisilevsky, vice president, original movies, Disney Branded Television, in a conversation about these unique stories and what makes them the gold standard for inclusive, entertaining and multigenerational programming.

Marks is repped by ICM Partners and Alex Slater at Trident Media Group.

In June 2018, Simpson Street launched “Five Points,” the first scripted series for Facebook Watch. A co-production with Indigenous Media, the second season dropped August 2019. In September 2018, the company made its Broadway debut with the critically acclaimed production of American Son, which also starred Washington. In January 2019, Washington announced that Simpson Street would be partnering with Netflix to adapt American Son for the screen. The production, which premiered at the Toronto Film Festival, was released as a Netflix Television Event. The film received an Emmy nomination for Outstanding Television Movie. The company also received a PGA nomination for Outstanding Producer of Televised or Streamed Motion Pictures in support of AMERICAN SON, as well as three NAACP nominations for Outstanding Actress in a Television Movie for Washington, Limited-Series or Dramatic Special; Outstanding Television Movie, Limited-Series or Dramatic Special; and Outstanding Directing in a Motion Picture (Television). Simpson Street produced the ABC special, “Live in Front of a Studio Audience” in Fall 2019, which featured re-imaginings of the classic sitcoms “All in the Family” and “Good Times.” The special received four Emmy nominations and took home the trophy for Outstanding Variety Special (Live). Simpson Street brought their latest film, THE FIGHT, to Sundance in January 2020 where Magnolia Pictures picked up the distribution rights. This documentary provides unprecedented access to 5 ACLU lawyers as they battle the previous administration’s attack on human rights and civil liberties – from the ‘Muslim Ban’ to abortion rights. It was released on-demand and in theaters in July 2020.

In Spring 2020, Simpson Street and Reese Witherspoon’s Hello Sunshine collaborated on “Little Fires Everywhere” for Hulu. Both Witherspoon and Washington star in the limited series based on the best-selling novel by Celeste Ng. Washington received Emmy, SAG, and NAACP Image Award nominations for her portrayal of Mia Warren. The series received multiple NAACP Image Award and Emmy nominations, including ‘Outstanding Limited Series’. Other projects in development include action-drama SHADOW FORCE in partnership with Sterling K. Brown’s Indian Meadows Productions and Made with Love Media’s Stephen “Dr” Love, the drama “Reasonable Doubt” in partnership with Larry Wilmore’s Wilmore Films, set up at Hulu/Onyx Collective, written by Raamla Mohamed, and Netflix’s film adaptation of Diane Cardwell’s ROCKAWAY in partnership with 3dot Productions and Aevitas Entertainment, written by Nichelle Tramble.