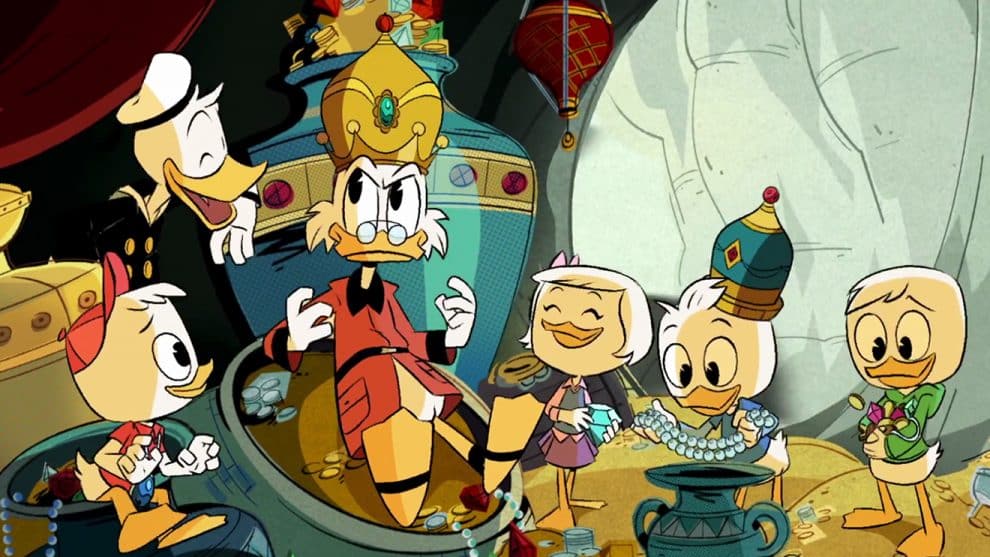 DuckTales is to return with a one-hour, television movie Aug. 12 on Disney XD.

Featuring the voice talents of David Tennant, Danny Pudi, Ben Schwartz, Bobby Moynihan, Kate Micucci and Tony Anselmo, the re-boot of the animated series will continue with two fresh episodes on Sept. 23, coinciding with the 30th anniversary of the original DuckTales.

“The story unfolds as Donald Duck reluctantly takes Huey, Dewey and Louie to the home of their reclusive great-uncle Scrooge McDuck,” a synopsis explained. “Enthralled by their once-legendary great-uncle and the wonder of McDuck Manor, the triplets and Webby learn of long-kept family secrets and unleash totems from Scrooge’s epic past, sending the family on an adventure of a lifetime to the Lost City of Atlantis.”

Lin-Manuel Miranda and Allison Janney are among the recurring guest stars who will lend their voices to characters in Season 1 of the re-boot .

All Eyez On Me – Dominic Santana Interview – ZayZay.Com
Katy Perry Is The First Celebrity To Pass 100 Million Milestone With Twitter Followers