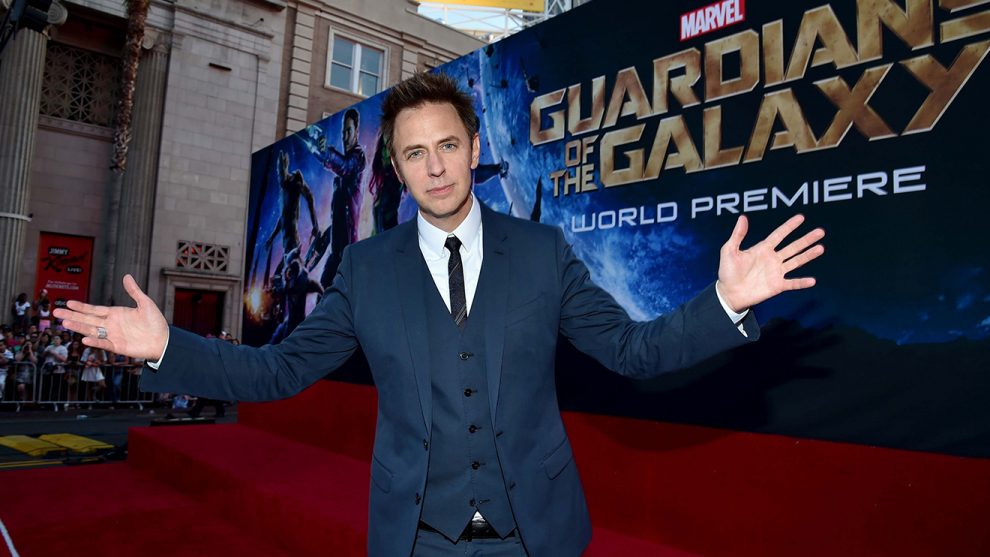 After weeks of anticipation, an open letter from the cast of Guardians of the Galaxy, hundreds of thousands of vocal fans and fellow celebrities expressing support, and rumblings that James Gunn might be hired back by Walt Disney Pictures and Marvel Studios to direct Guardians of the Galaxy Vol. 3, all hopes for the director’s return to the franchise are now gone.

James Gunn will not be hired back to direct Guardians of the Galaxy Vol. 3. Disney and Marvel are said to be standing by their decision not to reinstate him, and this comes after a meeting took place with James Gunn himself and Walt Disney Studios chairman Alan Horn.

Variety has the depressing news of Disney and Marvel’s difficult and upsetting decision. Apparently James Gunn and his representatives from United Talent Agency made quite the push for the filmmaker to have a second chance, and that’s why Alan Horn agreed to have a meeting to discuss the possibility. There may have never been any real hope to begin with since this was described as a “courtesy meeting” that was very “civil and professional.”

One would think that Marvel Studios president Kevin Feige would have been there to help make the case for James Gunn’s reinstatement, but he was said to be out of town (possibly on the set of Spider-Man: Far From Home across the pond) and thus unable to attend. Feige was reportedly pushing for Gunn to be rehired as well, but he also stands by the studio’s decision and won’t continue to fight them on the matter.

When Kevin Feige comes back into town, Disney and Marvel will figure out who will take over as director of Guardians of the Galaxy Vol. 3. Frankly, I don’t envy anyone taking that job, because they’ll be held to a very high standard and under much scrutiny with every detail that comes out about the film.

It’s still unclear whether or not Disney and Marvel will use James Gunn’s original script for Guardians of the Galaxy Vol. 3. Recently rumors said they would likely keep the draft he turned in, but whoever is brought in to direct will likely need to go through it as well and might make some changes. Here’s hoping they reach out to Gunn for some consulting instead of just leaving him high and dry.

It remains to be seen what the cast will do in the wake of this decision. Obviously they all have contracts, but Dave Bautista already expressed a desire to be let out of his contract if James Gunn wasn’t brought back to the franchise. And Chris Pratt recentl said it’s not an easy time right now. It’ll be interesting to see what they all do now that the decision is final.

Production on Guardians of the Galaxy Vol. 3 was meant to begin early next year, but it hasn’t been determined if that timetable will be pushed back at all with this substantial hiccup in the process. Plus, who knows what this means for the future of the Marvel Cinematic Universe since the sequel was intended to kick off the next 10 years of films in the interconnected comic book movies franchises.

The good news is that James Gunn isn’t anywhere near blacklisted after this debacle. We’ve already heard about several studios who were waiting to offer the director projects once Disney solidified their decision on the matter. Warner Bros. Pictures is believed to be among them, so maybe he’ll get back in the comic book movie saddle again after all. There’s a Green Lantern Corps. movie that still needs a director after all.