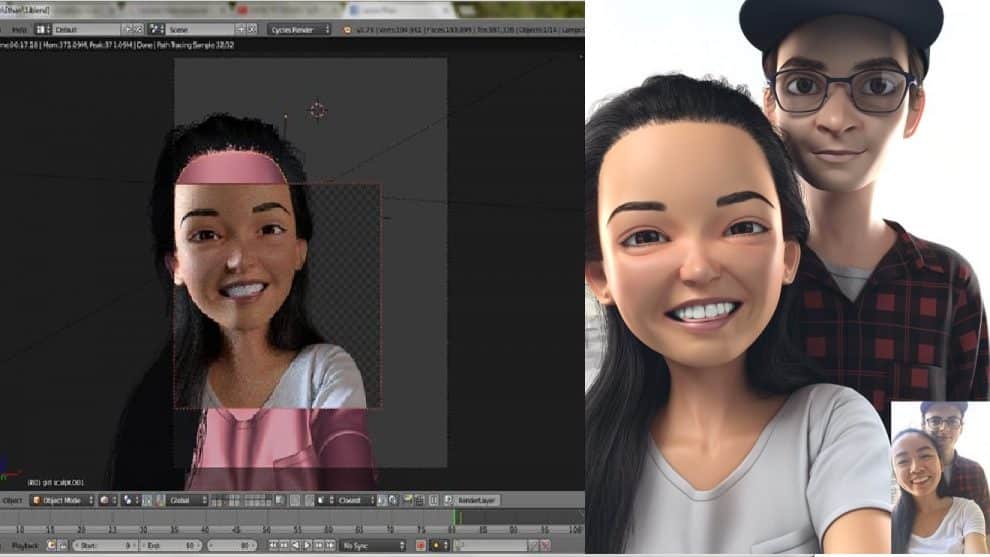 There’s much to love about everything Disney/Pixar creates for the big screen, and their now iconic character designs probably have a lot to do with that. While animation technology continues to advance — engrossing environments, millions of simulated hairs, the yellowness of minions — the facial proportions and features of their characters remain more or less constant and are immediately recognizable.

One artist has recently been capitalizing on the iconic look by creating these custom Pixar–ish portraits. You can see why he’s gone viral:

These CGI’d glamour shots by artist Lance Phan and we honestly can’t get enough of then. Each portrait makes us think we’ve somehow missed out on some new Pixar film or animated short.

Now, we’re not saying each creation’s inspiration (shown in thumbnail on most of Phan’s posts) aren’t already great photos. However, once they’re Pixar-ified they take on a whole new life. Really. One of the reasons we become so enamored with so many Disney cartoons is straight-up science. Larger eyes and foreheads coupled with smaller noses and chins give the appearance of baby-like features. We’re biologically predisposed to take care of baby-like things, if for nothing other than the survival of human genes. Also, we want to squish them faces.

If you’re as obsessed with these images as we are, Phan does do commissions for $225 each. Unfortunately, his site says he’s fully booked at the time of writing. Keep an eye on Lancephan.com should you need that perfect gift for that Pixar fan in your life or….say… as a random example, the writer of this article who would totally be your best friend forever if you commissioned a picture of him and his nephew because they bond over Pixar films. [Editor’s note: Blake, stop asking readers to buy you things.]

Take a look at some more of Phan’s Pixar-like images below and let us know your favorite in the comments!