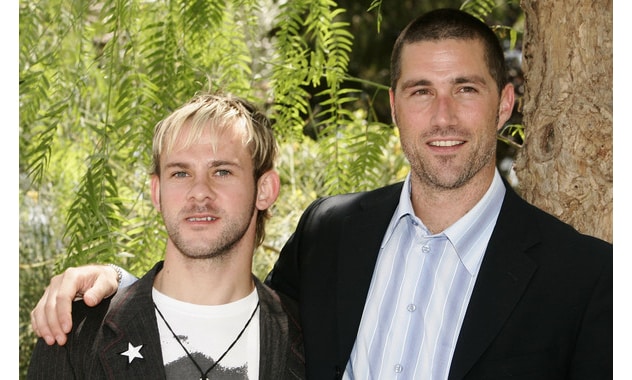 I guess stranded on a deserted island with co-star Matthew Fox isn’t how Lost cutie pie Dominic Monaghan wants to spend his days. Monaghan was very clear he wasn’t a fan of Fox when a Lost fan asked him to invite Fox to the twitterverse this past weekend.

“He beats women. No thanks.”

Wow! That’s even more shocking than the series finale! Or is it? Fox has been in the media for violent acts toward women before, so this shouldn’t come as a shock to all the Lost fangirls and fanboys who follow the actors’ lives on and off the set.

Despite the Lost fan’s pleas to Dominic to recall all the good times they had and say his harsh words were not so, Dominic had this to say:

“How do you know we ever did? You don’t know either of us. He beats women. Not isolated incidents. Often. Not interested.”

We didn’t see that in a flashback episode or on the deleted scenes from the DVD. Just goes to show we never really know who’s behind the acting and the cameras until a co-star blurts it out. That, and several articles later saying how you’re a woman-beater, of course.

In case you are worried Monaghan might get sued by Fox for having such harsh things to say, Dominic doesn’t seem to be too worried. The helpful little hobbit said,

“It’s very difficult to sue someone for speaking the truth.”

Do you think Matthew Fox is a violent woman beater or is his co-star taking things out of proportion?