Presented by LaMusica, Mega 96.3FM and produced in association with AEG Live, Calibash 2017 to take place on January 21, 2017 at Staples Center

Tickets for Calibash 2017 will be on sale on black Friday November 25 at www.axs.com 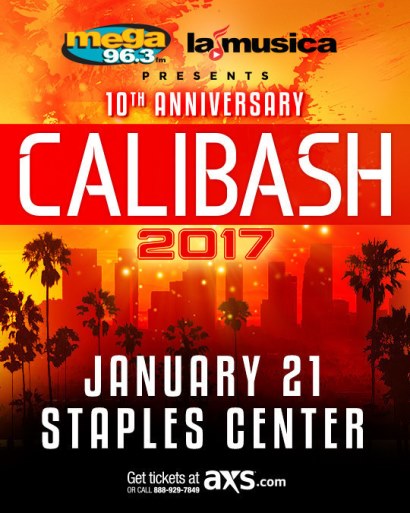 For the latest news about CALIBASH 2017. Follow CALIBASH 2017 online and on social media for up to the minute announcements about this year concert, artist line-up and other exclusive news and fan opportunities: