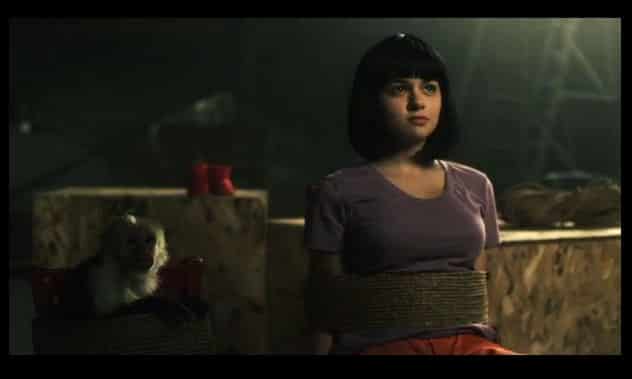 Finally, something positive, fun and exciting that involves Ariel Winter.

Aside from all of her family drama and guardianship tug-of-war, it looks like the Modern Family star will once again play the live-action version of animated character Dora for a new CollegeHumor spoof video to follow Dora the Explorer: The Search for the Infinity Orb.

And now all she needs is her Diego.

The production team from the web series put out an ad today asking for a “male, 18-35, Hispanic. Suave, ripped, handsome. Like Diego from Dora the Explorer, but in a Michael Bay movie. Ariel Winter is attached.”

In CollegeHumor’s first spoof, an action-movie trailer posted in July, viewers got a taste of badass Dora, done with Ariel and a (very suave, ripped and handsome) Adrian Gonzalez as Diego.

So why isn’t Gonzalez taking on the role again? That, amigos, remains a mystery.

Take a look at Winter’s bilingual adventure with a monkey and tell us who you think would make a good, hunky sidekick for the next video in the comments!