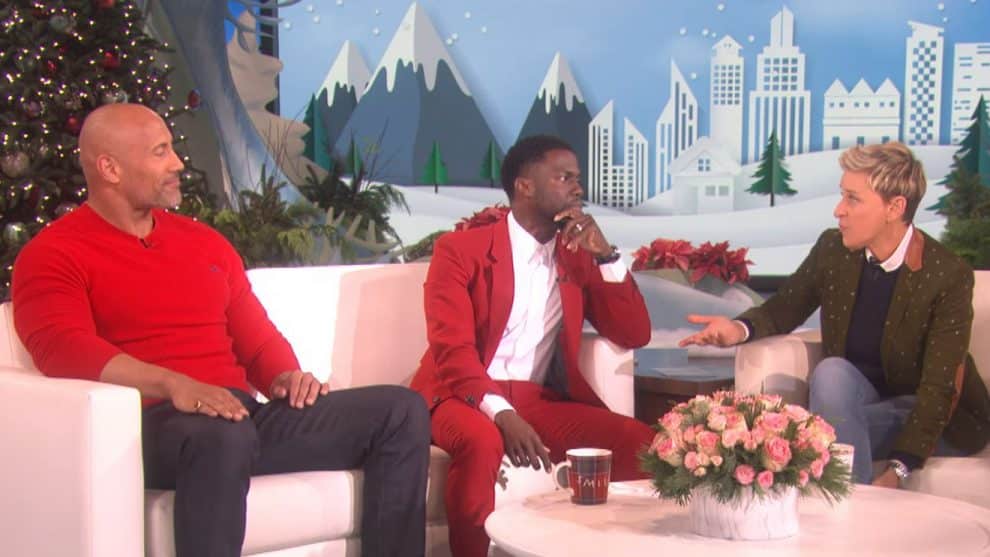 Could the People’s Champion end up in the People’s House? Dwayne “The Rock” Johnson said Tuesday that a run for the presidency is now a very real possibility.

It’s not clear what party Johnson, a registered independent, would run under or if he would choose one at all in the event he runs.

But he already has one early endorsement: “Jumanji” co-star Kevin Hart.

Last week, the pair were decidedly less serious about the issue. Johnson called interest in his possible candidacy “flattering” but cracked that Hart would work to undermine him.

“100%. I will take you down,” Hart joked as the two appeared Friday on “The Graham Norton Show.” “I don’t want it to happen because it will make you that much better than me, and I just don’t want it. I would sabotage it in a heartbeat.”

At least one other “Jumanji” star thinks Johnson would be a good president.

“He’s such a good leader in a situation, I just feel like he needs to run the world one day,” Karen Gillan told Metro.co.uk. “I think he should. I would vote for him.”

The former “Doctor Who” star also called Johnson “genuinely one of the most generous, kind, professional human beings that I’ve ever encountered.”

Johnson has flirted with the idea of a presidential campaign over much of the past year, although not always very seriously. On “Saturday Night Live” in May, he jokingly announced his campaign, with Tom Hanks as his running mate.

Serious or not, it’s clear Johnson would be a contender: A poll released over the summer found him leading President Donald Trump.

James Corden And Wife Julia Carey Welcome Baby Girl
Bon Jovi, Dire Straits, And Others Are Being Readied For Induction Into The Rock And Roll Hall Of Fame