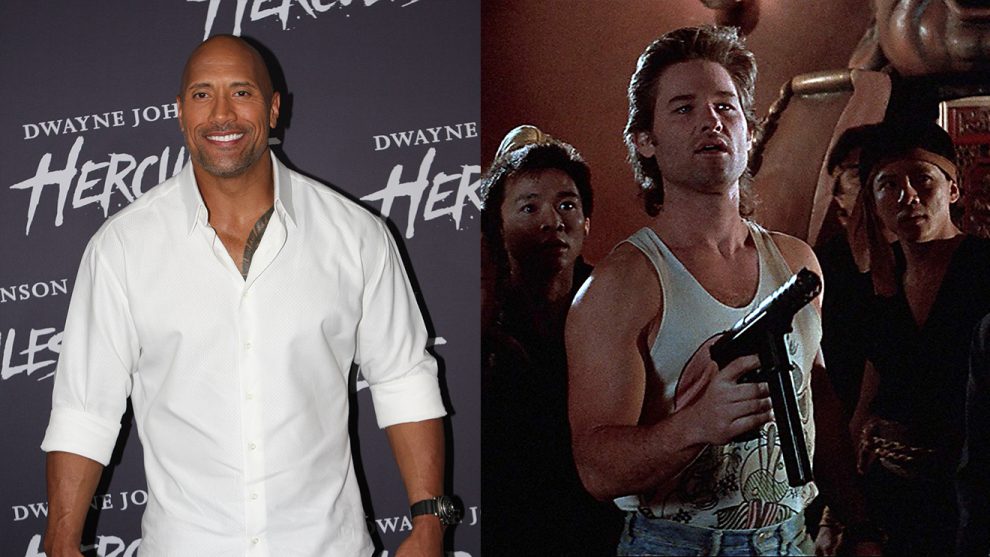 In 2015 it was announced that Dwayne Johnson was in negotiations to star in and produce a remake of the iconic Kurt Russell film Big Trouble in Little China. Collider has since brought word that instead of remaking the movie, Johnson and the producers behind the project are now planning on developing a continuation of John Carpenter’s original action comedy adventure.

“The idea is not to actually remake Big Trouble in Little China. You can’t remake a classic like that, so what we’re planning to do is we’re going to continue the story. We’re going to continue the universe of Big Trouble in Little China. Everything that happened in the original exists and is standalone and I think there’s only one person that could ever play Jack Burton, so Dwayne would never try and play that character. So we are just having a lot of fun.”

This move protects Russell’s portrayal of Jack Burton, and since it acts as another installment in the same universe, the outlet notes that a possible cameo from the original lead could happen. The original Big Trouble in Little China followed a rough-and-tumble trucker (Russell) who helps rescue his friend’s fiancee from an ancient sorcerer in a supernatural battle beneath Chinatown.