Hot off the press! The National Academy of Television Arts & Sciences has just announced the 42nd Annual Daytime Emmy Award Nominations. The wildly popular teen drama, EAST LOS HIGH, has been nominated for “Best New Approaches to a Drama Series!” But, that’s not all. Actresses, Vannessa Vasquez and Daniella Vega have been nominated for “Best Actress for New Approaches to a Drama Series” for their portrayals of Camila Barrios and Ceci Camayo!

This summer EAST LOS HIGH returns for its third season hotter than ever. The Bomb Squad dance team steps up their game with some unexpected new team members and the addicted romance, sex and mystery story lines fills the halls of East Los High once again. Ceci and the Bomb Squad made it to the regional finals but what will she say “I do” in season 3? And, Camila’s father is back in her and Gina’s life — what road will this lead her down on? Make sure to tune-in this summer and find out!

See what your favorite cast members are up to by following the Season 3 hashtag, #EastLosTres

Born and raised in Texas, Vannessa began acting at the age of 7, performing skits for her family. She graduated from the University of Houston with a Bachelor of Arts degree in theatre, and continued her education at the Stella Adler Academy in Los Angeles and the Upright Citizens Brigade in Hollywood. She has been featured in various national commercials, international music videos, and feature films. Her most recent film, Narca, tells the story of a young girl from a small town in Mexico who rises to become the leader of a powerful border cartel and avenge her family. Her next film, Misfire, stars Gary Daniels and is expected to be released in Summer 2014. 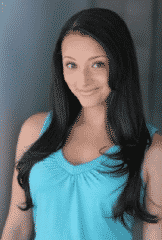 Born in Atlanta, GA and raised in Dallas, TX, Danielle’s career began at the age of 9 when she was cast as a series regular on Barney And Friends. Nevertheless, Danielle received her B.A. in journalism before moving to Los Angeles. She studied dance under Debbie Allen and starred in Allen’s musical stage production of “Pepito’s Story.” She has also starred in the independent vampire horror film Teeth and Blood (with Glenn Plummer) and So This Is Christmas (with Vivica A. Fox, Eric Roberts, Titus Makin Jr. and Lexi Ainsworth).

If you missed season 1 and 2 catch-up to speed at: http://eastloshigh.com/

Jamie Dornan Shares That He Once Stalked A Woman To Prepare His Role In ‘The Fall’
Zayn Malik Has Shared First Solo Song, ‘I Won’t Mind’