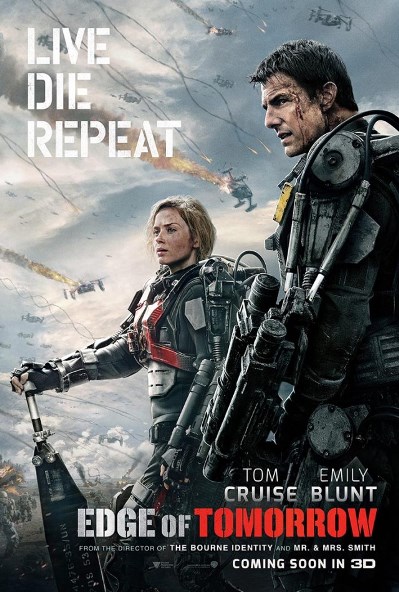 WIN A PAIR OF FREE MOVIE PASSES TO SEE

A soldier fighting in a war with aliens finds himself caught in a time loop of his last day in the battle, though he becomes better skilled along the way.

One new winner will be chosen DAILY this week until the movie’s release on FRIDAY, June 6th!

Just answer the following trivia question correctly and you’re in!

QUESTION: In Edge of Tomorrow, this actress plays the role of Special Forces warrior Rita Vrataski. She is best known for her spit-fire role in The Devil Wears Prada, and won a Golden Globe award for her supporting role in the TV movie Gideon’s Daughter. Name this actress.

Mention us on Twitter: #EdgeofTomorrow
Visit Us On The Web: www.edgeoftomorrowmovie.com/

SEE YOU AT THE MOVIES!!!
TICKET REGISTRATION FORM