These days, veteran character actor Edward James Olmos is a sci-fi icon thanks to his role as Admiral William Adama on the rebooted Battlestar Galactica. But two decades prior to that, he had a critical role in Ridley Scott’s classic film Blade Runner as Gaff, a Vice Squad police officer in 2019 Los Angeles. Gaff’s scenes in the original 1982 film are fairly brief, but they are iconic.

When we are first introduced to Gaff, he’s talking to Harrison Ford’s character Deckard in “cityspeak,” a futuristic mixture of Spanish, French, German, Hungarian, Chinese, and Japanese. He was also memorable for his fancy, retro-style fashion, and his predilection for make little Origami-figures. In fact, the last words heard in the film are spoken by him: “It’s too bad she won’t live. But then again, who does?”

Now it’s been confirmed that Edward James Olmos is indeed coming back for Blade Runner 2049as Officer Gaff. Earlier reports claimed that his character would not be in the film, but Olmos admitted that he was bound to complete secrecy about his appearance. He told the podcast The Trend Talk, “I signed a seven page non-disclosure contract. I did, my manager did, my agent did, everybody did. I couldn’t talk about it. I couldn’t talk about it to anybody about it. Guess what? This is the first time that I’m telling the whole world, that yes, I am going to be Gaff in Blade Runner 2049.” I sure hope that non-disclosure agreements allowed him to reveal his role in the film six months before it comes out.

For those Blade Runner fans who are expecting that Officer Gaff might have a bigger role this time around, I wouldn’t hold my breath. While he only had four scenes in the original film, in this new one he only has one scene. Nevertheless, the actor describes it as “poignant.” Considering how memorable he was in his brief screen time in the original, I’m sure whatever his role entails this time will be important and not a meaningless cameo for nostalgia’s sake. 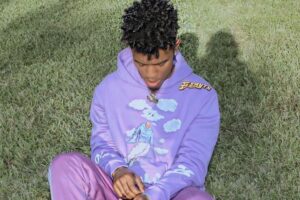 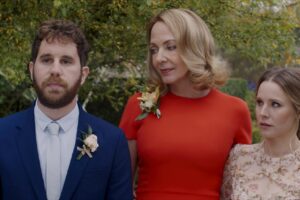 ‘The People We Hate at the Wedding’ Review: Americans Abroad Crash the Party in a Romcom Caught Between Edginess and Squidginess