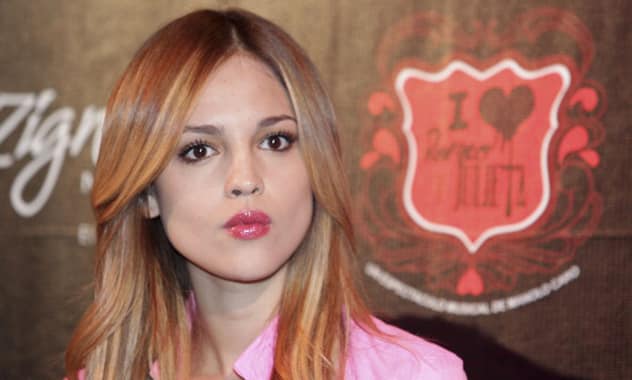 Is it us, or are our favorite Latinas turning into fashion moguls these days? Following in the footsteps of Jenni Rivera and Jackie Guerrido, Mexican pop queen Eiza Gonzalez has decided to launch her own clothing line.

The 22-year-old singer made her big announcement yesterday, much to the delight of her fans. And for the record, Eiza isn’t trying to capitalize on the booming denim market. Instead, she’s releasing a line of economical clothes for teen girls.

“We are starting a line to sell online for all the girls,” Gonzalez said in a statement. “They will be priced well, because a lot of times you say, ‘It would be incredible to have that, but it’s too expensive.’ Even I sometimes say that I would love to have that, but I just can’t afford it.”

Anyone who’s followed Eiza’s career knows that she has a great sense of style. But if she’s going for the low-cost market, she may have some stiff competition on her hands. Especially if she tries to sell her duds at Kmart!