El B premieres video for “No Son Nadie” on VEVO,
fourth single off his sixth studio album, Luz 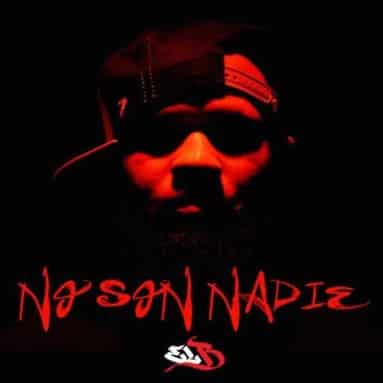 Poet, iconic rapper, activist, El B, kicks off the year with his 4th single, “No Son Nadie”, off his upcoming album, Luz, with a worldwide video premiere on VEVO today. A song that showcases El B’s impressive talent as a colossal rhymester, “No Son Nadie” is an amalgam of fierce verses with a strong message exonerated of piety. This track was produced by Mexican-born, Laredo-raised rapper, MLKMN:

From the deepest depths of hell I have returned in the end
Me, all alone against the world, I shit on your “dream team”
Style “Very dirty bitch fuck you so clean ”
25-10-84 the scorpion king

Aldecoa in your belly all expands
Don’t think you are a badass
We’re a small hood but with a big heart
Buena Vista, my cradle, you already know
Be careful how you enter, talk and walk
This is a war zone, step carefully on the land
If you step on a mine it’s all over, my nigga’

I am the ugly face that you don’t want to look at
Mirror of bad, to intellectuals I am vulgar
Lower the volume my man, daddy is going to punish you
You are listening to the delinquent that makes you think!

“No Son Nadie” is quite simple song, a song more about technique with a bit of double-tempo rap that shows you how easy it is to do it with no need for all the fashion, money, and things,” comments El B. The video was directed by Jose Emilio Sagaro of Film Heads and recorded in Miami, FL at TGI’s tire warehouse.

Over a decade of a solid musical trajectory that has earned him multiple accolades and international recognition -despite his inability to leave Cuba for a prolonged period-, El B has surpassed all obstacles conquering generations of loyal followers with his music. As in his universal library of songs that have transcended the borders of his native country, “No Son Nadie” is loaded with penetrating rhythms and complex verses; his unique voice and uncompromising lyrics bursting with a message of hopefulness and unanimity have spread to a global audience.

Watch the video for “No Son Nadie” here:

A cutting edge leader of Latin American hip-hop, El B began his musical career at an early age in Cuba where he lived until 2014 when, due to a lack of musical support from the Cuban government, he was forced to leave behind his native country for American soil. El B has released over 20 albums released as part of his duo, 5 as a solo artist, being Luz his first album as a solo artist to be released in the U.S. under Rock The Moon Productions and the indie imprint, ZenStar Productions.

“No Son Nadie” available on iTunes