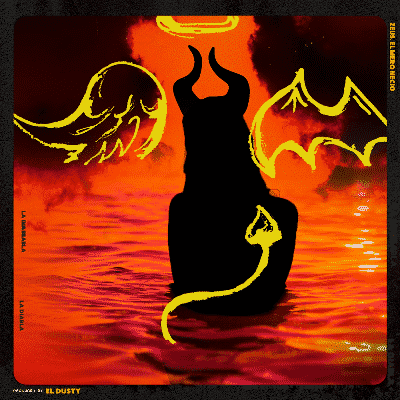 For Zeus, “The new song was inspired by a woman that was so down to earth, she was closer to hell than heaven… “Diabla” they called her.” He continues, “Dusty and I were drinking mezcal one night in Corpus at a dive bar and witnessed this gorgeous 5’2” woman make her dude cry across the bar. She smiled as she whispered something in his ear and he started crying and left. We were closing out our tab and walking back to the studio decided to write a song about it.”

The new single is off Zeus’ upcoming album “Tejano Revival.” Looking back on the album and process Zeus reflects:

“The past three years I been lasered focused on doing me and in doing that, I birthed what I call “Tejano Hip Hop” – a tribute to not just the sound but the feeling of Tejano’s golden era, a resurrection of the excitement we all had for it. I had a few people around me in my ear telling me it was a bad move. “Tejano’s Dead” they said. But I didn’t care. I was doing it for me really. Fast forward, I get a random DM on Instagram from Selena Quintanilla’s keyboardist Joe Ojeda. A mf’king DINO saying he’s a huge fan, next thing I know he and Chris Perez are in my home studio going through my vault of songs giving me the co-sign. That’s when I knew, it was time. Tejano Revival is on the way!”

Hailed as the Freddy Fender of Hip Hop,  ZEUS began his musical journey in Hip Hop while always having Tejano sound close at his core. Now, the Tejano Hip Hop artist aims to bring back the sound and feeling of Tejano’s golden era. On his upcoming album, ZEUS is focused on making songs that will resonate in a live set; his new single “La Diabla” with El Dusty does just that.