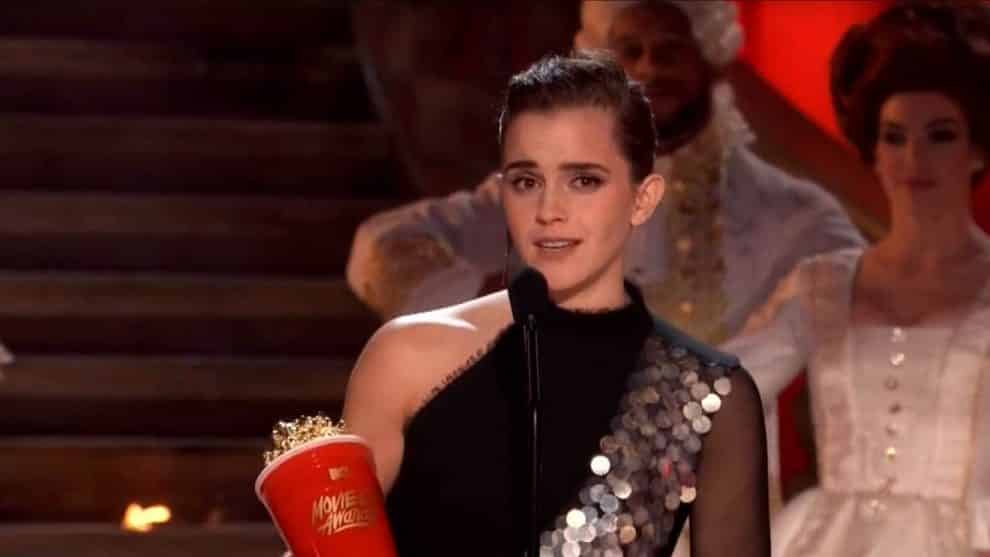 Emma Watson was among the winners at the MTV movie and TV awards, the first major film and TV awards ceremony to adopt gender-neutral categories.

Watson’s performance in Disney’s live-action remake of Beauty and the Beast won her the gong for best actor in a movie, a category that featured both male and female nominees. The British actor beat male performers including Hugh Jackman and James McAvoy to the award, which was presented by gender-neutral nonbinary actor Asia Kate Dillon.

In her acceptance speech, Watson described the award as “very meaningful”.

“The first acting award in history that doesn’t separate nominees based on their sex says something about how we perceive the human experience,” she said.

“MTV’s move to create a genderless award for acting will mean something different to everyone. But to me, it indicates that acting is about the ability to put yourself in someone else’s shoes. And that doesn’t need to be separated into two different categories. This is very meaningful to me.”

Watson also thanked Dillon, who identifies as nonbinary, for “educating me in such an inclusive, patient and loving way”.

Presenting the award Dillon said, “Tonight we celebrate portrayals of the human experience, because the only distinction we should be making when it comes to awards is between each outstanding performance.”

Jharrel Jerome and Ashton Sanders were awarded best kiss for the gay love story Moonlight. Receiving the award, the pair acknowledged the groundbreaking role of the film.

“This award is bigger than Jharrel and I,” Sanders said. “This represents more than a kiss. This is for those who feel like the others, the misfits – this represents us.”

Other winners at the ceremony included Logan stars Hugh Jackman and Dafne Keen, who were awarded best duo, and Get Out star Daniel Kaluuya, who won the next generation award. Hidden Figures received the gong for best fight against the system, an award that examines how “honest, well-told stories lead to important discussions, lead to understanding, and can lead to a changed nation”.

The decision to create gender-neutral categories at the awards came as part of a wider overhaul of the ceremony that also saw TV series competing for the first time, as well as series and films competing in the same categories.