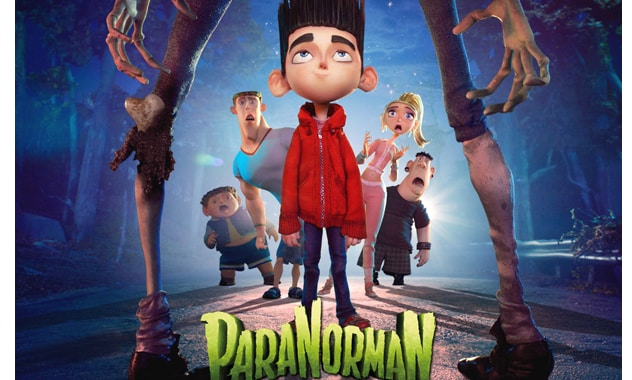 The year’s most honored achievement in animated artistry is ParaNorman.

Winner of 15 Best Animated Feature Film awards, winner of two Annie Awards in the category of Character Animation & Design and now also nominated for an Academy Award, a BAFTA Award, and a GLAAD Media Award, ParaNorman was made at the LAIKA Studios located in Oregon.

Over the two years of making the movie, a dedicated crew of over 320 talented animators, designers, artists, and technicians came together to hand-craft the year’s most original animated feature.

CLICK HERE to view/download an interactive booklet and experience a closer look at the members of the filmmaking team and their handiwork.  Feel free to share with your family and friends!

We hope you enjoy your visit to Norman’s town of Blithe Hollow and the people who made it possible.

Available to Own on Blu-Ray, DVD, Digital Download & On Demand

Story: The new 3D stop-motion comedy thriller from animation company LAIKA, reteaming the company with Focus Features after the groundbreaking Academy Award-nominated “Coraline.” “ParaNorman” is, following “Coraline,” the company’s second stop-motion animated feature to be made in 3D. In “ParaNorman,” a small town comes under siege by zombies. Who can it call? Only misunderstood local boy Norman (voiced by Kodi Smit-McPhee), who is able to speak with the dead. In addition to the zombies, he’ll have to take on ghosts, witches and, worst, of all, grown-ups, to save his town from a centuries-old curse. But this young ghoul whisperer may find his paranormal activities pushed to their otherworldly limits.

There’s an App for that: iPhone and Android Take on Immigrant Rights
The Incredible Burt Wonderstone – 1st Trailer