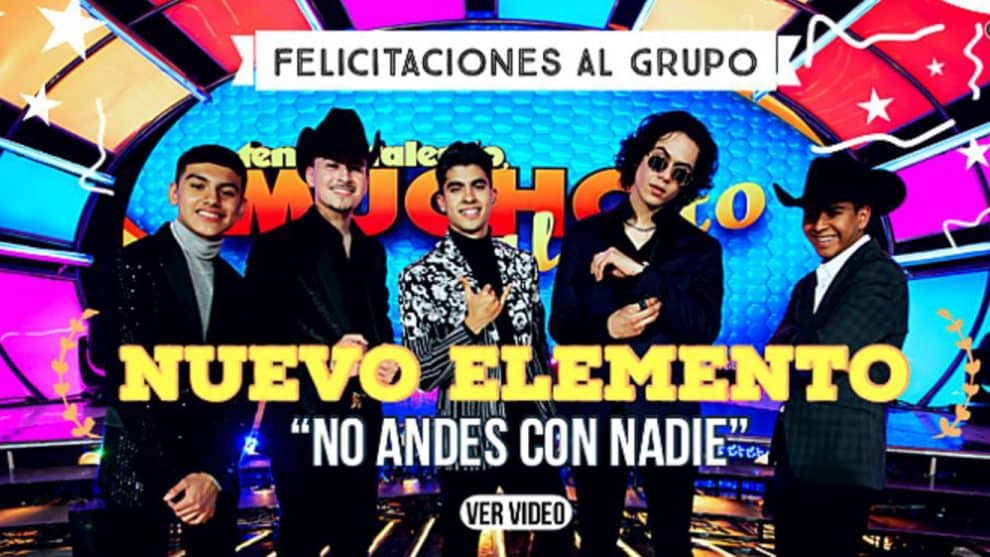 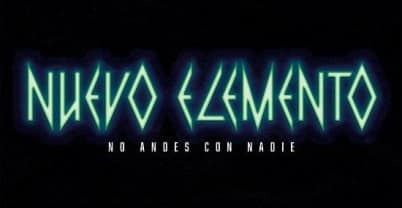 Los Angeles, CA – The stakes were higher than ever on Season 23 of EstrellaTV’s ratings juggernaut Tengo Talento, Mucho Talento, which premiered in September and focused on Regional Mexican music. For the first time in the show’s history the winner won a recording deal with Sony Music Latin, the home of greats as Gerardo Ortíz and Joss Favela, aside from receiving $100,000 to kick-start their career.

After a competition that gave multiple promising artists a chance to share not only their artistry but also their personal stories, five finalists emerged. On today’s season finale, which featured performances by Gerardo Ortíz and Natalia Jiménez, the triumphant talents Héctor, Lilo, El Choco, Danny and Gabo were invited to form the group Nuevo Elemento.

To celebrate their victory, the five young men have released their debut single “No Andes Con Nadie” (Don’t Go Out With Anyone), an original song produced by the acclaimed Regional Mexican composer Luciano Luna. This norteño/mariachi fusion describes the jealousy that can overcome us even after a breakup: “Dime si piensas regresar, te estoy guardando tu lugar, pero no andes con nadie” (tell me if you’re thinking of returning. I’m saving a place for you, but don’t go out with anyone).

The members of Nuevo Elemento offer unique and complementary skills that will instantly make them one of the most promising groups in the Latin music industry.

Héctor Osobampo, 22, is a native of Guasave, Sinaloa, who moved to Mexico City at age 18 to further his musical career.

Phoenix-born Lilo Bermúdez, 14, plays accordion in a local group and already has a club of female admirers that cheekily refers to itself as “Las Tóxicas de Lilo.”

Born in Mexicali, Baja California, and based in Calexico, California, the 17-year-old Yahir “El Choco” Garduño started playing the guitar two years ago and fell in love with the instrument.

Guatemala native and Florida resident Carlos “Gabo” Gabriel is a singer, songwriter and dancer who adds charisma and attitude to Nuevo Elemento.

The winners of Season 23 of Tengo Talento, Mucho Talento have taken a major step towards realizing their dreams of performing on big stages to massive audiences. Sony Music Latin congratulates Nuevo Elemento and looks forward to helping its members develop their incredible gifts and creativity.