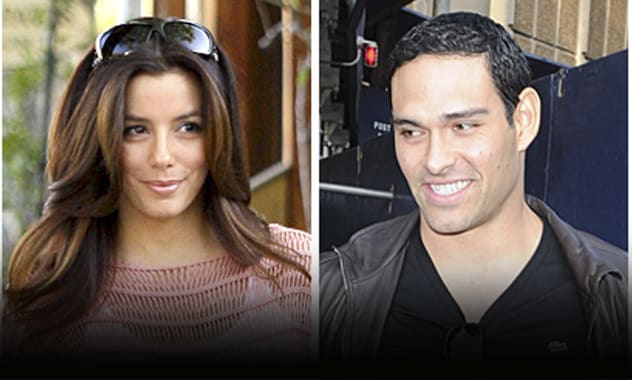 “It looks like they’re testing the waters,” an insider tells In Touch, after Eva was spotted on June 4 shopping with 25-year-old Mark at a Kings supermarket in Bedminster, N.J. — where the football star has a home.

The next evening, Eva donned a blond wig as she and Mark had dinner and drinks with a group of friends at New York’s Hotel Griffou, where they looked very comfortable with each other, an insider tells In Touch: “They were laughing and having a great time.”

Eva and Mark — who was most recently linked to Sports Illustrated model Kate Upton — kept things hot on an island-hopping adventure in the Caribbean just weeks later.

Eva’s rep recently confirmed her split from Spanish singer Eduardo Cruz, whom she began dating in 2011.