Men and women might not come from two different planets, but they do have pretty different beauty ideals when it comes to both mens and women’s bodies!

According to a survey conducted by lingerie and sex toy retailer BlueBella.com, ladies would describe the perfect female body as a toned and trim brunette while the guys’ find a voluptuous blond bombshell to be most desirable. 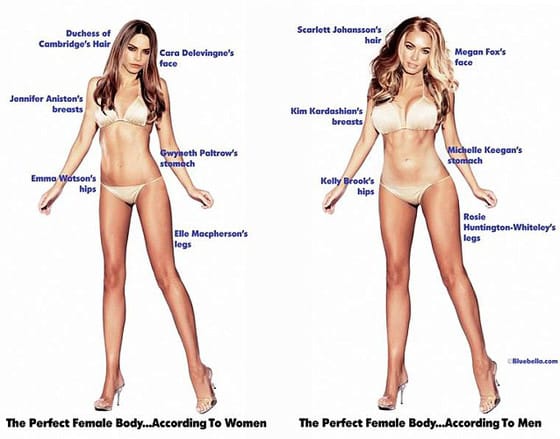 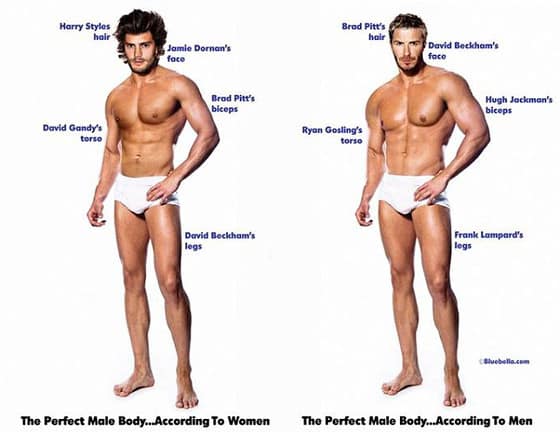 Now, before anyone gets their hypothetical knickers in a twist, keep in mind these are the results of one survey that looked at the opinions of 1,000 people—500 men and 500 women purportedly “chosen to reflect all socio-economic groups of the British population.” But you know how many people are on this earth? Somewhere around 7 billion, all of whom have their own unique tastes and preferences for what they think constitutes a “perfect” human—male or female.

You don’t need to conform to any of these standards to be beautiful. Just make the most of what you’ve got!