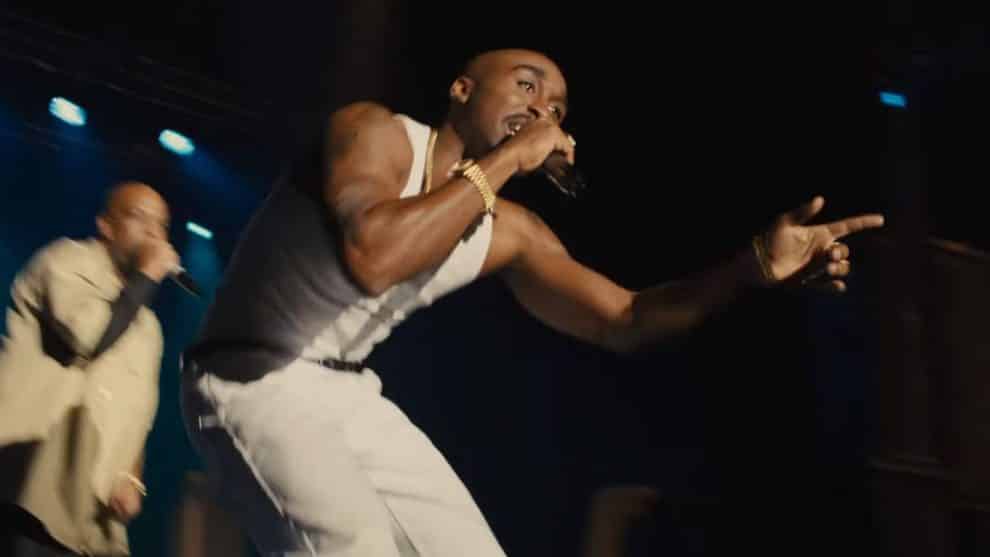 ALL EYEZ ON ME Celebrates Mother’s Day 2017 #DearMama

In celebration of Mother’s Day (Sunday, May 14th) and the beloved lyrics of Tupac Shakur’s “DEAR MAMA” please see below for a “FIRST LOOK” of the new film, ALL EYEZ ON ME, showcasing the strong relationship between Tupac (Demetrius Shipp) and his mother, Afeni Shakur (Danai Gurira).

We would also love for you to share your own sentiments for the special women in your lives including mothers, sisters, wives, girlfriends and daughters by using the #DEARMAMA meme generator at dearmama.alleyez.com 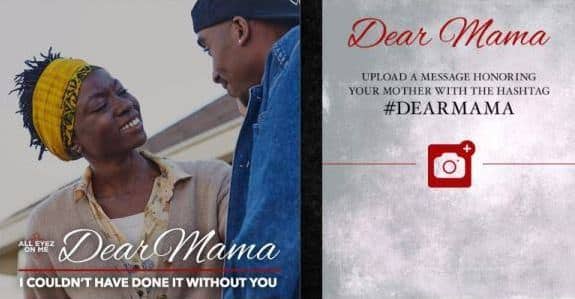 In addition to the meme generator, see the below and attached image to share on your social channel in support of the film’s upcoming release using the hashtags #DearMama #AllEyezOnMe #AEMLA

ALL EYEZ ON ME OPENS IN THEATERS ON FRIDAY, JUNE 16th

“ALL EYEZ ON ME tells the true and untold story of prolific rapper, actor, poet and activist Tupac Shakur. The film follows Shakur from his early days in New York City to his evolution into being one of the world’s most recognized and influential voices before his untimely death at the age of 25. Against all odds, Shakur’s raw talent, powerful lyrics and revolutionary mind-set propelled him into becoming a cultural icon whose legacy continues to grow long after his passing.