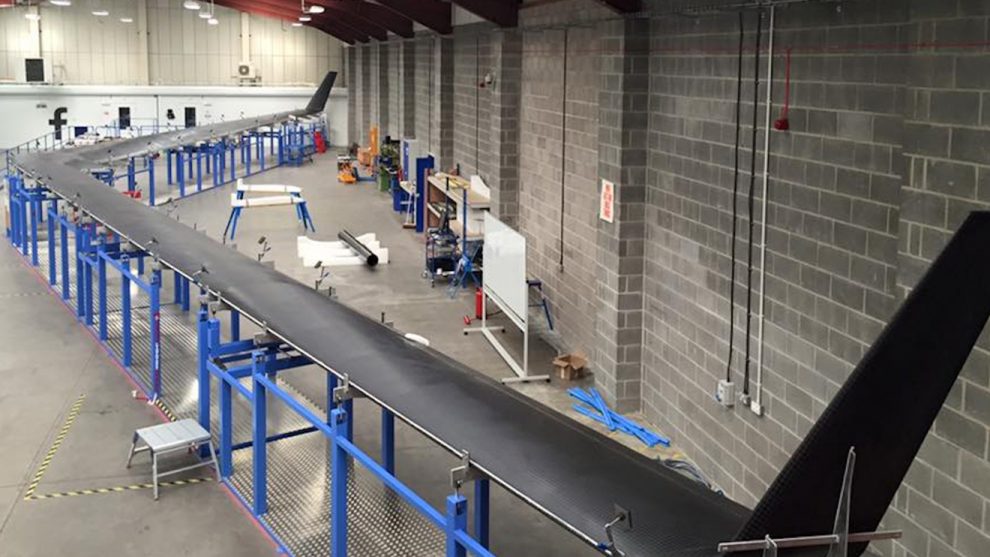 Facebook’s ambitious plan to deliver internet to billions by aircraft has been put on the back burner.

The social network giant was building drones under the project name Aquila that would transmit internet signal while flying. Despite several successful flights, Facebook is calling time on building its own drones and will turn its attention to forming partnerships with other companies—such as Airbus.

“As we’ve worked on these efforts, it’s been exciting to see leading companies in the aerospace industry start investing in this technology too—including the design and construction of new high-altitude aircraft,” Maguire said. “Given these developments, we’ve decided not to design or build our own aircraft any longer.”

Maguire confirmed the company’s design headquarters in Bridgwater, U.K., will close. Newsweek understands Facebook held discussions with Bridgwater employees about transferring but none were interested. Facebook would not reveal details on redundency packages.

“We’ll continue to work with partners like Airbus on HAPS connectivity generally, and on the other technologies needed to make this system work, like flight control computers and high density batteries,” Maguire said.

The Project Aquila drone weighs the same as a grand piano (about 1,000 pounds) and flies at just 80 miles per hour. It has a wingspan similar to a Boeing 737 and runs off solar power—which it also stores in batteries for night flying.

Facebook claimed Aquila required 5,000 kWh of power to maintain flight at 60,000 feet—the same power needed to run three hair dryers. When flying, it beams an internet signal over an area 60 miles in diameter.

In 2013, Facebook founder Mark Zuckerberg launched internet.org, a smart phone and tablet app which offered free access to several sites on the internet, including Facebook, AccuWeather and Google Search. It was designed for developing countries where the cost of internet is too great for consumers.

Facebook claims more than four billion people in the world do not have access to internet, mainly because of the high cost.

Speaking in 2015, Zuckerberg said “everyone is welcome” to join internet.org. “It’s not exclusive to any mobile operator or company. We had to start somewhere so we launched with partners who wanted to work with us on this mission to connect the world. We’ll work with anyone who wants to join us. Facebook doesnt even show ads on internet.org.”

Despite signing carriers from more than a dozen countries to embrace internet.org, Facebook’s “Free Basics” service was blocked in key market India in 2016 because it was seen as a violation of the country’s net neutrality regulations.