Facebook has agreed to invest $20m in affordable housing initiatives after facing intense criticism for failing to help low-income residents in Silicon Valley where the technology boom has exacerbated displacement and gentrification.

The corporation, which is pushing forward with a massive campus expansion in northern California, announced on Friday a partnership with community organizations aimed at funding affordable housing construction and assisting tenants facing eviction.

Housing activists who have long been critical of Facebook and its role in accelerating income inequality in the region said the investment marked an “unprecedented” collaboration between Silicon Valley corporations and advocacy groups and that the project could push neighboring tech companies to better address local poverty.

“I’m hoping this fund will be the thing that starts to move the rest of the region,” said Tameeka Bennett, executive director of Youth United for Community Action (Yuca), a non-profit in East Palo Alto that helped negotiate the new agreement. 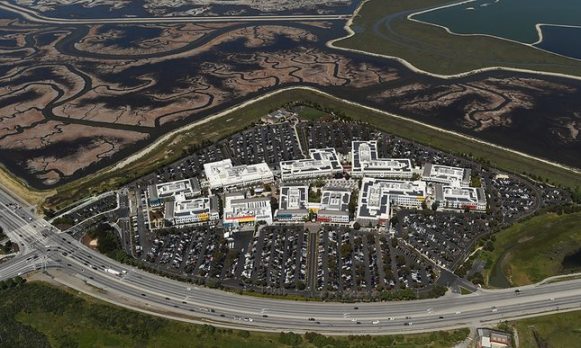 The housing shortage has reached crisis levels in Silicon Valley, which is also home to Google, Apple and many other wealthy technology firms. Rapid job creation combined with a lack of new housing has created an estimated shortfall of 22,000 homes, with the region building only 26% of the housing needed for low-income people, according to non-profit group Public Advocates.

That means only the wealthy can afford to live near their Silicon Valley jobs, forcing an estimated 70,000 low-income workers to commute more than 50 miles to work.

Facebook, headquartered in Menlo Park, has contributed to the problem in direct and indirect ways. The company sparked backlash after it began offering generous bonuses to employees if they live near campus, which advocates say has hastened gentrification. Local real estate managers have evicted low-income tenants en masse, explicitly marketing units to Facebook employees.

The funding announced this week is not simply a philanthropic donation from Facebook, which is valued at $350bn. The corporation is legally required to fund certain community benefits as part of its ongoing expansion project, and activists have spent months pressuring the company to make substantial investments.

Facebook plans to add 126,000 sq ft to its campus and bring 6,500 new employees to the area, increasing the Menlo Park workforce by 20%. Development laws mandated that the corporation contribute $6.3m to below-market-rate housing.

Still, non-profit leaders said the housing fund could have a significant impact and noted that Facebook executives have relied heavily on the input of local advocates with the kind of intensive collaboration advocates rarely see from corporations.

“The community groups that have the expertise really were equal players,” said Sam Tepperman-Gelfant, senior staff attorney at Public Advocates, which had raised formal objections to Facebook’s expansion proposal.

In addition to investing $18.5m toward the creation and preservation of affordable housing, the company has offered $500,000 toward legal and rental assistance to tenants threatened with displacement.

A Facebook spokesman told the Guardian that the company doesn’t have projections on the number of housing units the partnership could fund, but noted that the $20m is an “initial contribution” and said the company hopes to “attract additional public, private and philanthropic entities to contribute to the fund”.

Kyra Brown, Yuca’s social justice program director, said it was critical that Facebook do a better job diversifying its workforce and hire locally in East Palo Alto, a historically black city. African American employees make up only 3% of the corporation’s senior leadership in the US.

“Silicon Valley is known as this very innovative place when it comes to addressing everyday issues,” she said, “but my hope is that we also take that same innovation and apply it to social issues.”

Brown, who grew up in East Palo Alto, said the announcement was an important first step in the tech sector helping to address inequities in the communities they’ve entered.

“I’m glad that Facebook is thinking about the legacy it wants to leave particularly when it comes to communities of color,” she said.