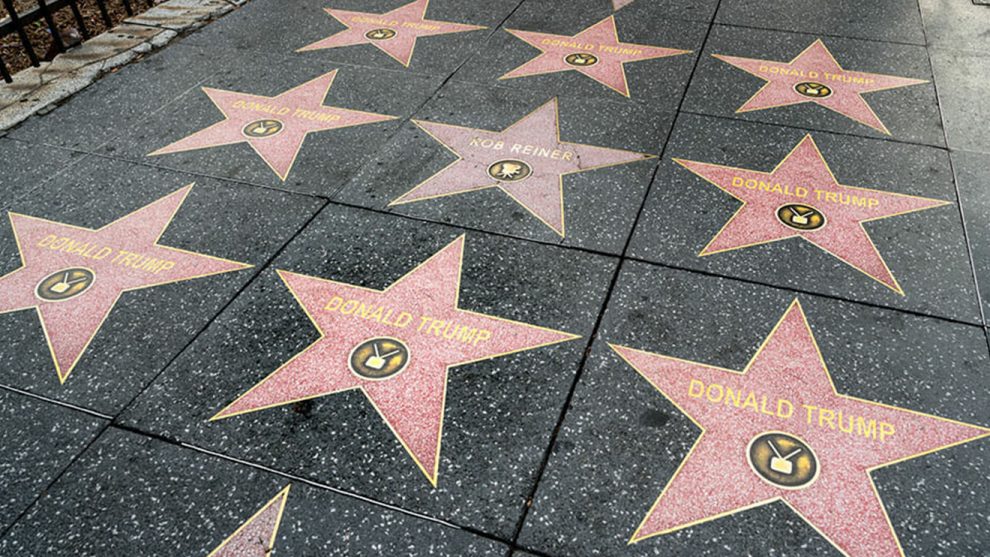 Just days after the City of West Hollywood passed a resolution urging for Trump’s star to be removed from the Hollywood Walk of Fame, a conservative street artist has covered the historic landmark with laminated fake copies of President Trump’s star Thursday.

The artist, who told the Hollywood Reporter he wished to remain anonymous, said he was motivated by the recent vandalism of the president’s actual star as well as Monday’s resolution by the City of West Hollywood.

“I didn’t want to get hit over the head from behind. We thought Trump Derangement Syndrome was a joke, but I’m pretty sure it’s real,” the artist said. “If no one peels these off, they could last there for 10 years.”

About 50 fake stars had popped up on the on the Walk of Fame overnight.

The stars have already been peeled off by some nearby local businesses.

Last month, police arrested a man by the name of Austin Clay after he destroyed Trump’s star with a pickax. He faces charges of felony vandalism and the star has yet to be replaced.

The Hollywood Chamber of Commerce, which oversees the Walk of Fame, did not immediately respond to a request for comment.

Keep taking down the @realDonaldTrump star, and we will further spread Trump Derangement Syndrome by installing a never ending stream of stars. pic.twitter.com/6s0Y3YIkY5