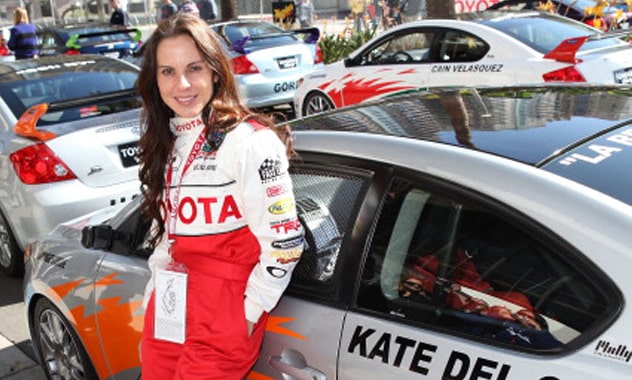 Who knew Kate Del Castillo was an undercover speed demon? This past weekend, the Mexican novela star hit the track with a host of other celebs for the Long Beach Toyota Pro Celebrity Race.

Several other Latinos strapped in for the event too, including UFC fighter Cain Velasquez and Cuban-American actor Eddie Cibrian. Cibrian actually earned a few headlines that day after his stock car crashed into a wall.

As with most celebrity events, the entire race was held in the name of charity. Del Castillo earned her children’s foundation $5,000 for her top ten placing…and quite a lot of street cred in the NASCAR boys’ club!