There is no denying that comic book movies have taken a firm hold on the landscape of cinema in recent years. The corner that DC is working to carve out for its DC Extended Universe is highly dependant on the success of the upcoming wave of films, beginning with Suicide Squad this August.

Fan interest has been growing for the unlikely film, with hopes that it will live up to its punk rock feel and pay off for fans of the lesser known comic book series, much like Deadpool did earlier this year. The latest news on Suicide Squad shows that it is (quite literally) currently the most buzzed about movie of the summer.

Deadline is confirming that Suicide Squad is currently the most talked about 2016 film online, with 66,000 social media conversations generated last week alone. That isn’t an achievement to scoff at, with buzzworthy films like Star Trek Beyond and the Paul Feig helmed Ghostbusters movie franchise reboot on the horizon, among others (see also Jason Bourne). Clearly, the fans are hopeful that Suicide Squad will not only live up to the hype, but may then inspire Warner Bros. Pictures to keep thinking outside the box when it comes to its comic book films.

We do know that the filmmakers are taking the Suicide Squad experience seriously, giving the film a generous 130 minute runtime and including validating elements from around the DCEU, like its newly-established Batman (Ben Affleck) and a brand-new version of Joker (Jared Leto). Couple that with this being the first ever big screen appearance of beloved anti-heroine Harley Quinn (Margot Robbie) and its easy to see why comic book fans are talking about this movie.

The punk rock attitude of the film is felt throughout the colorful indie look of the posters and logos being used in the advertising campaign, not to mention in taglines like “Bad Never Looked So Good.” The Suicide Squadsoundtrack will no doubt help add to the aura of the film with tracks from everyone from Skrillex and Panic! At The Disco to Grimes and Skylar Grey.

The ultra-modern look of the Joker and Harley Quinn in the film was coupled with a severe amount of method acting from Jared Leto, sometimes to the annoyance of other cast members. The director of the film, David Ayer, actually had the cast get to know each other during rehearsals by fighting and literally punching each other in the face. If Ayer can bring that edgy feel that he nurtured on the set to the big screen, then there’s little doubt that Suicide Squad will be a significant hit.

Squad is completed! Finished final mix and coloring. Now it's off to the lab and then the world. Nothing like it out there. It.Is.a.Beast. 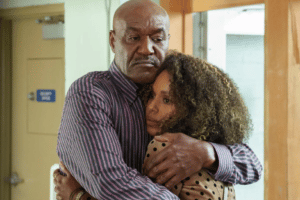 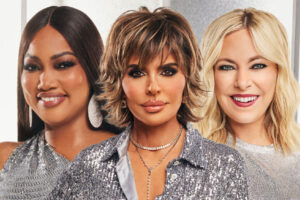 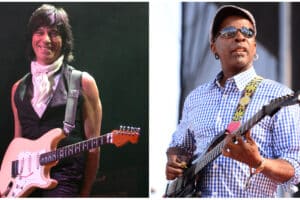 An Appreciation of Jeff Beck, by Living Colour’s Vernon Reid: ‘He Went Forward in a Way That Would Frighten Normal People’