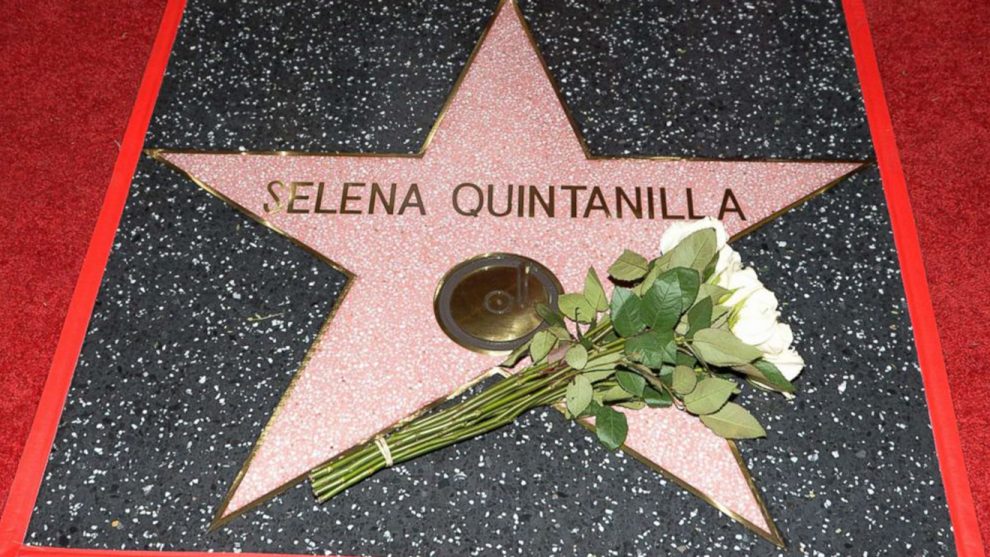 Selena Quintanilla posthumously received her star on the Hollywood Walk of Fame last Friday, and Mayor Eric Garcetti proclaimed Nov. 3rd “Selena Day” in the city of Los Angeles. Her unveiling broke records, bringing in the largest-ever crowd —some 4,500 fans — for a Walk of Fame ceremony. Mexican singer Vicente Fernandez, who received his star in 1998, formerly held the record for drawing the biggest number attendees.

Before the event, Suzette Quintanilla, who accepted the star on her sister’s behalf,  gave fans a sneak peek of the construction of the 2,622nd star by posting images of it on Selena’s Facebook fan page. “They don’t give this honor to everyone, so I’m beyond honored….to be able to participate in the making of it, priceless,” she captioned the set of pictures she shared.

Although fans were enthusiastic that the queen of Tex-Mex was finally getting her due on the storied sidewalk, many were surprised that it didn’t reflect her married name, Perez. Selena married Chris Pérez, her guitarist, in 1992 and took his name. Some were particularly upset because they believed that the late singer would have wanted his name rendered on her plaque:  “Disappointed her last name isn’t on there…love that they honored her, but I would like to think that SHE would have wanted Perez on there,” one fan commented. Another wrote: “Why not Selena Quintanilla Perez? I mean that WAS her name.”

Suzette subtly addressed the backlash in a video she posted on Instagram by trying to clarify, albeit obliquely, why Perez’s name was absent: “Selena Quintanilla birth given name that the world got to know as Simply Selena will have her Hollywood Walk Of Fame Star for all to look upon and hopefully remember when I’m gone…” she captioned the video.

The family has had altercations with Perez in the past, including a lawsuit filed against him last year by Selena’s father, Abraham Quintanilla, Jr., to stop production of a Perez-produced television program based on their relationship. A Texas judge ruled that a lawsuit filed by the father could proceed because Perez signed away the rights to Selena’s likeness and name to her estate.