The latest reboot of “Fantastic Four,” one of the legendary Marvel superhero teams owned by Twentieth Century Fox, looks to be heading for a forgettable theatrical run as the film took in a measly $26.2 million (estimated) its opening weekend, according to BoxOffice.com.

That wasn’t enough to top “Mission: Impossible — Rogue Nation,” which was No. 1 at the box office for a second week in a row with an estimated $29.4 million, according to Exhibitor Relations.

Playing on close to 4,000 screens, projections had “Fantastic Four” earning $45 million, according to Box Office Mojo. That’s even counting the horrid reviews the movie received, which have left it with a 9% rating on Rotten Tomatoes.

But things likely went from bad to worse when “Fantastic Four” director Josh Trank tweeted, and later deleted, Thursday night that it was the studio’s fault for the film’s poor reviews. 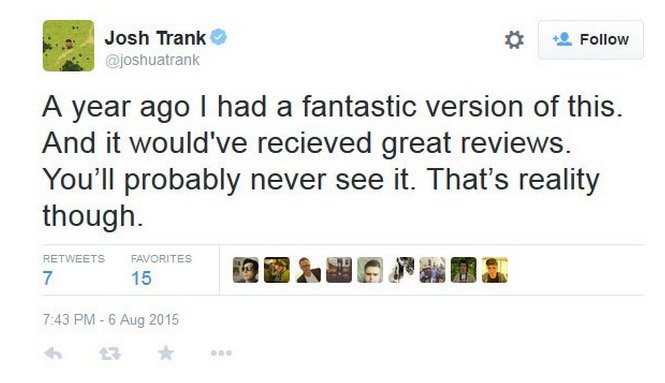 Trank’s comments combined with the bad word of mouth likely led to the film’s poor showing.