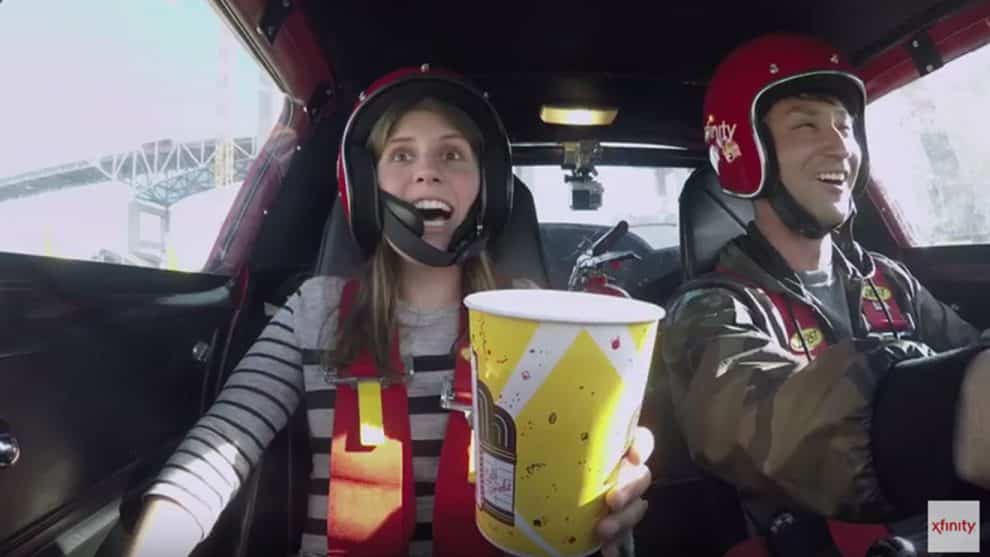 Xfinity recently surprised a couple of customers who are Fast & Furious fanatics by putting them in the driver’s seat for a scene straight from the latest installment of the franchise, The Fate of the Furious. Check out the surprise here:

Xfinity brings the fastest Internet speeds to the most homes in the U.S., and what better way to drive that message home than to partner with Universal Pictures to take two unsuspecting customers on a furious ride, complete with replica cars from the movie, explosive stunts and the same high-speed chase as seen in the latest film of the franchise.

“Fast and Furious and Gigabit Internet are all about blistering, excessive speed. This provided the perfect partnership opportunity to create the most extreme entertainment experience,” said Sherri Davis, Xfinity’s Senior Director of Brand Experience. “Rather than trying to explain how fast Gig-speed is, we showed it, capturing two lucky customers on the most fast-and-furious ride of their lives.

The Fate of the Furious races to theaters April 14.