The minds behind CBS’ upcoming Supergirl TV series may have kept fans waiting with bated breath to see what actress would be entrusted with bringing the Kryptonian heroine to TV, but it appears the the suspense may have been worth it in the end. It’s being reported that after a number of actresses sought out the part to no avail, the role of Kara Danvers/Zor-El has gone to up-and-comer Melissa Benoist.

Benoist may not be a familiar name to the comic book crowd, but has already turned in well-received performances on musical dramedy Glee, as well as the recently acclaimed Whiplash.

So far there’s no official comment from either CBS or DC Comics, but Variety reports that the role is Benoist’s, meaning the biggest piece of an admittedly difficult puzzle is now in place. 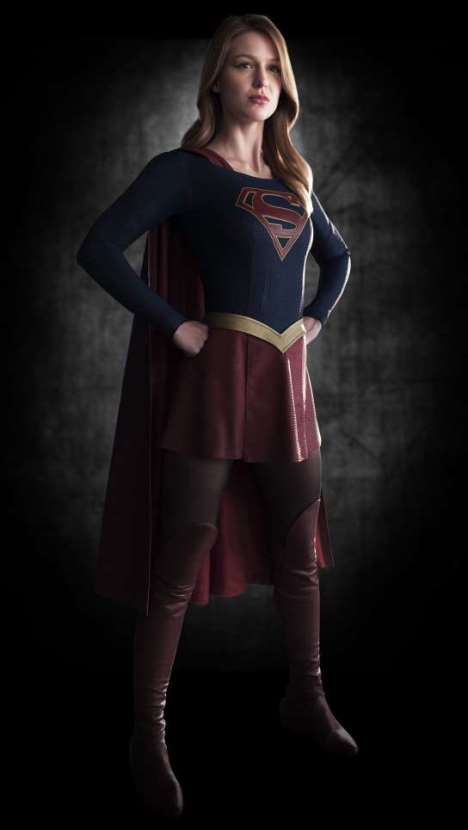 Until further confirmation from the network or Benoist (which we expect will be coming soon) is given, all fans have to go on is the plot synopsis previously offered, changing the comic book origins of Supergirl to more closely reflect those of her iconic cousin, the Man of Steel:

Based on the characters from DC Comics, Supergirl will follow Kara Zor-El. Born on the planet Krypton, Kara escaped amid its destruction years ago. And since arriving on Earth, she’s been hiding the powers she shares with her famous cousin. But now at age 24, she decides to embrace her superhuman abilities and be the hero she was always meant to be.

Benoist has personally taken to Twitter to show her excitement as she prepares to join Grant Gustin, Stephen Amell, Brandon Routh, Robbie Amell and more as the faces of DC Comics’ catalogue of superheroes:

I wish there was a superhero emoji

Speaking recently at the TCA winter event, CBS Chairman Nina Tassler promised that the Supergirl series wouldn’t be a standard superhero adventure, but would introduce Kara as a feminist crime-solver – and the chairman knew then just what kind of actress the show would need to achieve its lofty goals:

“She’s got to be an every woman… I think back to having had the good fortune of being at Warner Bros. when we were doing Lois & Clark, the chemistry between Dean Cain and Teri Hatcher was really wonderful. So I think in this case, it’s looking for someone who embodies both the freshness and the exuberance of being a young woman in today’s challenging climate and being someone who can carry this kind of series on her shoulders. It’s a big, big show.”

There will still be plenty of action to keep comic book fans happy too (apparently falling more in line with The Flash than Arrow). If that is indeed the case, then her time in the more light-hearted atmosphere of a show like Glee may serve her well; it certainly paid off for Flash star Grant Gustin. And while we’ll reserve judgement until the show airs, Benoist certainly has the same potential to get fans demanding she make an appearance in DC’s film universe before long.

Knowing that Supergirl is shaping up to be as much a family/sister drama and female empowerment story as it is a superhero adventure, finding an actress capable of holding it all together is no easy task. Executive producer Greg Berlanti (Flash, Arrow) went so far as to call the challenge that of finding “the one person” who could do the role justice. Only time will tell if Benoist (pronounced Ben-oyst) is another success.

What do you think of the casting? Are you familiar with her roles in Glee or Whiplash, and if so, does she seem to have the makings of a DC Comics superhero? Share your thoughts in the comments below, and we’ll keep you up to date as more details arrive.

Supergirl is expected to air on CBS in 2015.