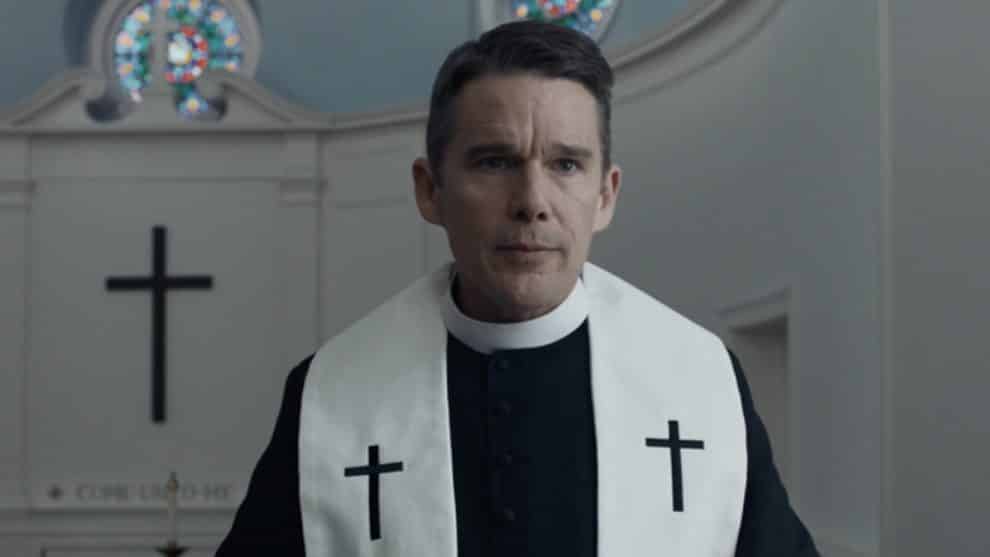 A24 has released the First Reformed trailer. The film follows Reverend Ernst Toller (Ethan Hawke) as he wrestle with his loss of hope and waning faith as he counsels a pregnant parishioner (Amanda Seyfried) and her husband, a radical environmentalist, which causes him to despair until he finds redemption in an act of violence.

I’ve heard nothing but good things about this film, and I would love a return to form for writer-director Paul Schrader who has made some searing, soul-crushing films in his time, especially when it comes to matters of faith. First Reformed looks like it’s a fully realized vision of Schrader’s thoughts on religion and sin, and I’m eager to see how the film has turned out, especially when it’s got a reputable studio like A24 behind it. It’s also interesting to see the comparisons to Schrader’s script for Taxi Driver, and how that’s being realized in the context of a man of faith wrestling with the darkness of humanity.

Check out the First Reformed trailer below. The film opens on May 18th.

Reverend Ernst Toller (Ethan Hawke) is a solitary, middle-aged parish pastor at a small Dutch Reform church in upstate New York on the cusp of celebrating its 250th anniversary. Once a stop on the Underground Railroad, the church is now a tourist attraction catering to a dwindling congregation, eclipsed by its nearby parent church, Abundant Life, with its state-of-the-art facilities and 5,000-strong flock. When a pregnant parishioner (Amanda Seyfried) asks Reverend Toller to counsel her husband, a radical environmentalist, the clergyman finds himself plunged into his own tormented past, and equally despairing future, until he finds redemption in an act of grandiose violence. From writer-director Paul Schrader (Taxi Driver; American Gigolo; Affliction) comes a gripping thriller about a crisis of faith that is at once personal, political, and planetary. Dan Ackroyd, Other ‘SNL’ Alums & George Wendt Belly Up For Fox Nation’s ‘A History of the World in Six Glasses’