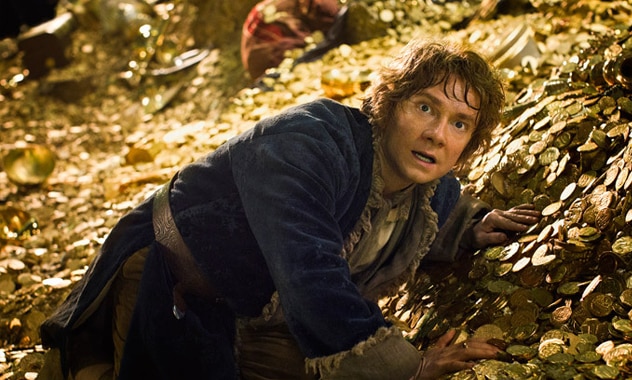 Good news for “The Hobbit: An Unexpected Journey.” Peter Jackson’s “Hobbit” just broke the $1 billion mark in global earnings at the box office.

Released on Dec. 14 stateside, “The Hobbit: An Unexpected Journey” has now earned $1,001,134,992 in ticket sales worldwide. The film has reached a domestic gross of $301.1 million since its release.

“We could not be more proud to have reached this amazing benchmark,” Warner’s president of domestic distribution Dan Fellman said, THR reports. “Together with our partners at MGM and New Line, everyone at Warner Bros. congratulates Peter Jackson and his entire cast and crew on the extraordinary success of this film.”

Starring Ian McKellen and Martin Freeman, among others, “The Hobbit: An Unexpected Journey” is now the 15th movie to earn more than $1 billion. Other recent films that reached figures in the billions include 2012’s “Skyfall” at $1.1 billion, 2011’s “Harry Potter and the Deathly Hallows: Part 2” at $1.3 billion, and 2012’s “Marvel’s The Avengers” at $1.5 billion.