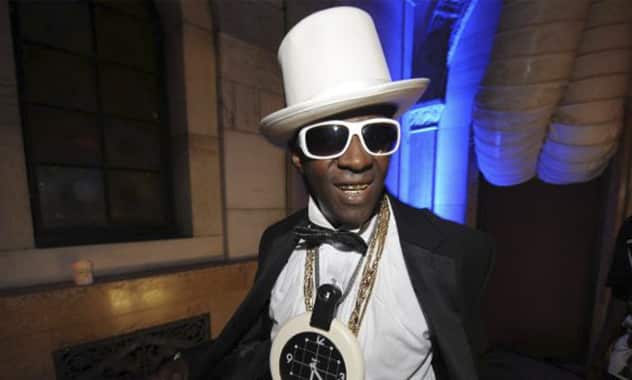 Another mugshot is in the books for Public Enemy hype-man and reality TV personality Flavor Flav (aka William Drayton Jr.). The 54-year old Flavor of Love star was arrested January 9 on Long Island for “felony aggravated unlicensed operation.” However, he was released by authorities in order to attend his mother’s funeral.

Flav — who resides in Las Vegas and was in New York expressly to attend the service — was reportedly stopped after a state police officer clocked him driving 24 miles over the posted speed limit. After running his license, the trooper found he had 16 suspensions on his license. In addition, a vehicle search turned up a “small amount” of marijuana.

While he’ll have to appear in court at a later date to address the charge incurred during that stop, we think the authorities were fairly understanding under the circumstances. They released Flav from custody shortly after his arrest so that he could attend the funeral of his mother, Anna Drayton.

On December 31, the VH1 star tweeted about the loss of his mother saying, “I’m gonna miss her. She lived good a good life.” We’re glad he got the chance to say a proper goodbye, driver’s license issues aside.

Paula Abdul Sues Tanning Company After Injury For Negligence
Selena Gomez & Justin Bieber: Despite Reports, The Pair May Not Actually Be a Couple