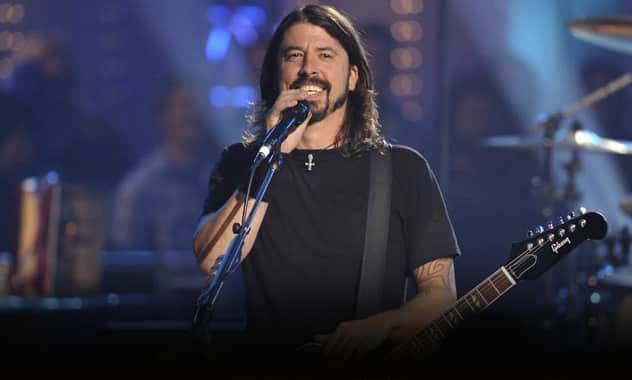 Dave Grohl won’t be wasting any more light on tour.

Twenty years after Nirvana‘s last show in England, the Foo Fighters closed out the Reading Festival in Leeds last night—and, according to Grohl, it was the Grammy-winning rockers’ final concert for the forseeable future.

Grohl, apparently in a nostalgic mood, dedicated the band’s respective performances of “Walk” and “Monkey Wrench” to his daughters Violet and Harper, according to NME, and then gave a shout-out to former Nirvana mates Krist Novoselic and the late Kurt Cobain before launching into “These Days.”

The 43-year-old family man also got the audience to since “Happy Birthday” to his mother, noting that the crowd gathered to see Nirvana at the fest in 1992 did the same.

“Here’s your chance,” he said as the crowd duly burst into song.

Foo Fighters closed their 26-song set with “Everlong,” but it’s up to Grohl and the rest of the band—fresh from winning five Grammys for Wasting Light this year—as to whether things can ever be this good again.

(P.S. It will. The band is playing at least a few more dates in September—Rock the Vote in Charlotte, N.C., on Sept. 5, during the Democratic National Convention, then Music Midtown Festival in Atlanta Sept. 21 and DeLuna Fest in Pensacola Beach, Fla., on Sept. 22.)