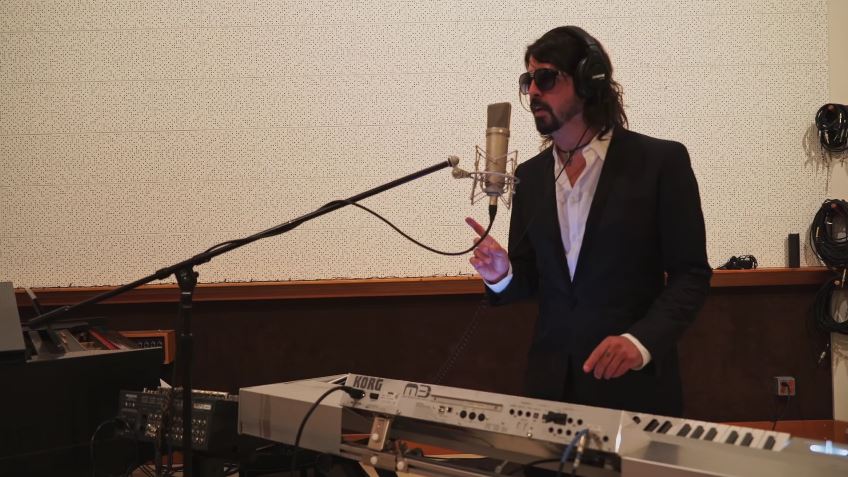 You know those rumors about Foo Fighters’ imminent breakup? Well, the joke’s on you, world, because it’s not happening.

After a Page Six item that suggested animosity between frontman Dave Grohl and drummer Taylor Hawkins – and that Grohl was contemplating a solo career – ran on Monday, the band responded early Wednesday morning with a cryptic tweet that seemed poised to address the controversy:

It was a seven-minute clip poking fun at the reports of their looming demise: There was Grohl, sitting beneath a garish portrait of himself in a smoking jacket, mulling over the prospects of going solo. Then he brings us into the recording studio, where the singer-guitarist records a piano ballad all about his so-called emancipation from the band. Sample lyric: “I wanna be free. Free to be…me. Can’t you see? Now it’s just me. Now I’m free to be me. Just me. Not those other three. Or four? Or how many more?”

Meanwhile, the rest of Foo Fighters are having a powwow over who should replace Grohl – artists ranging from Phil Collins to Billy Corgan to Chris Cornell to Prince to Justin Bieber are tossed out. But the meeting is interrupted by an overly enthusiastic Nick Lachey – formerly of 98 Degrees – who ran right over to audition with quite the decent interpretation of “Everlong.”

But it was all bogus, as the video closes with the message Foo Fighters have been trying to say all along:

“For the millionth time, we’re not breaking up. And nobody’s going f—ing solo!”