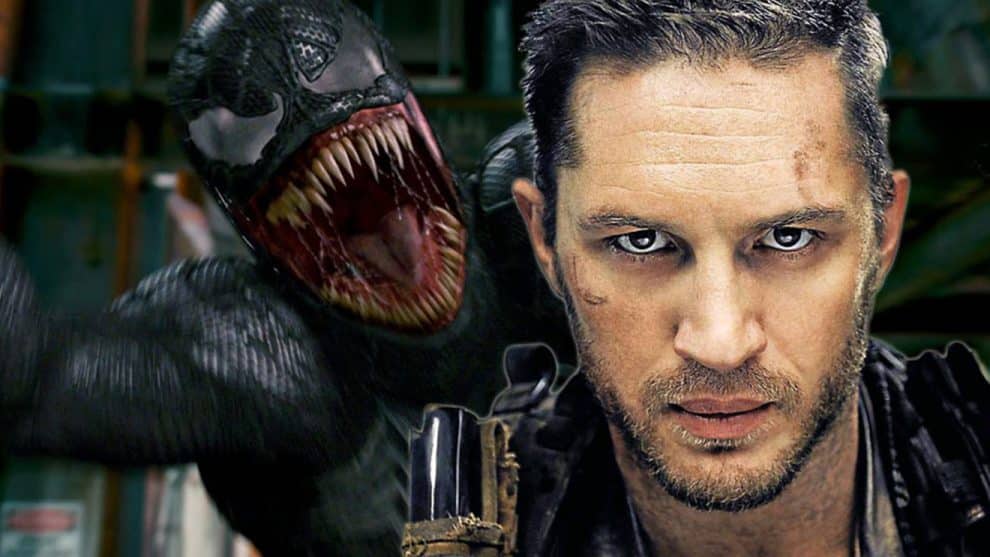 With the upcoming Venom, Sony is branching out from the studio’s universe of Marvel characters with a darker take on the iconic Marvel anti-hero.

Details about the movie have been kept top secret, with a closed set and only a few behind-the-scenes images. But Marvel has since released  the first official still from the movie, which shows Tom Hardy as main character Eddie Brock in the upcoming film. Check out the photo below, and click through to get a closer look at the full-sized image.

There’s a lot to unpack from this photo, most notably that it shows us Eddie out on the job as a reporter. But that’s not the only debut since released.

Hardy and director Ruben Fleischer offered fans the first big tease at Venom at Brazil Comic Con Experience in December, but that was an experience limited to the people in the room. A sneak peek at the Atlanta sets of Venom, which has since debuted online and open for the public. Check out the panel video below:

At the panel, Fleischer confirmed the comics storylines Venom will be inspired by. “We want to be as true as possible to the comic with our film,” he said. “But our story is primarily based on the Lethal Protector and the Planet of the Symbiotes book.”

Written by David Michelinie and drawn by Mark Bagley, as well as Ron Lim and Sam Delarosa, Venom: Lethal Protector was a six-episode limited series that notably reinvented Venom from a Spider-Man villain to a Marvel Comics anti-hero. In it, Venom moves from New York City to San Francisco after coming to an agreement with his former foe Spider-Man.

In the Brazil Comic Con video, Hardy is visibly excited to be talking about Venom, offering fans his promise to do the beloved Marvel character justice. “I just wanted to say that I give you my word of honor that I’m going to do everything that I can to deliver the best Venom that I possibly can muster,” he said.