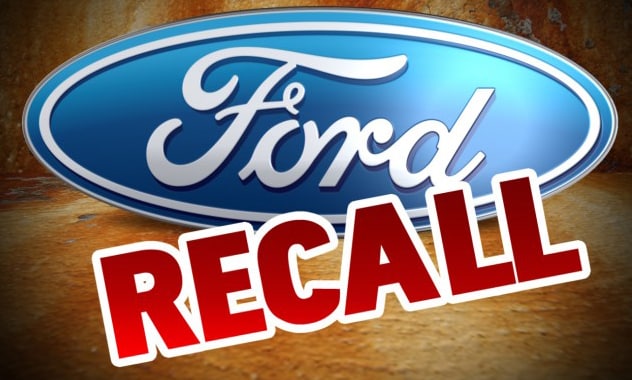 Ford is recalling more than 373,000 Crown Victoria, Mercury Grand Marquis and Lincoln Town Car models to fix steering shafts that can fail, according to filings with the National Highway Traffic Safety Administration.

On all 2005-2011 models registered in “Salt Belt” states, a lower part of the steering shaft could rust out and cause the upper portion to separate or collapse on itself, which could lead to a total loss of steering. The recall affects Washington, D.C., and 19 states: Connecticut, Delaware, Illinois, Indiana, Iowa, Maine, Maryland, Massachusetts, Michigan, Missouri, New Hampshire, New Jersey, New York, Ohio, Pennsylvania, Rhode Island, Vermont, West Virginia and Wisconsin.

Last September, NHTSA began investigating 2005-2008 police interceptor models after receiving at least 15 reports and warranty claims from police departments that the steering shaft had separated. Over the next few months, Ford found at least 14 cars with steering failures at police departments in Maryland, Connecticut and Michigan, and NHTSA expanded the investigation to cover civilian Ford, Mercury and Lincoln models. Some of the vehicles, according to reports, previously had been involved in frontal collisions.

About 355,000 cars are being recalled in the U.S. and 18,368 in Canada. Starting on Oct. 21, dealers will repair or replace the lower steering shaft and install a retainer clip if the lower bearing has separated. Ford blamed a parts shortage for the late repairs. Owners can call Ford at 1-866-436-7332 or visit Ford’s service website for more details.

In June, Ford recalled 23 Fusions from 2013 that had steering gears “that may have been built without an internal retaining clip,” which could lead to a complete loss of steering control, the company said. Only cars built between April 19 and 23 were affected.

NHTSA is still investigating steering failures on 2008 Ford F-250 and F-350 pickup trucks. At least five owners have said that their vehicles had problems with the steering gear box, causing them to lose control. One owner said the failure caused a crash with a parked vehicle, and another said the vehicle veered off the road at 35 mph. About 340,000 vehicles may be affected.

Other automakers have had steering problems this year. In May, Subaru recalled 5,379 Legacy and Outback vehicles for potential loss of steering due to separation of the inner and outer shafts. In July, Toyota recalled about 185,000 hatchbacks to fix electrical problems that could disable the power steering, but only 74 vehicles were affected in the U.S.

Despite widespread praise by police for its beefy design and low-cost parts, the Crown Victoria was discontinued in 2011. The Grand Marquis and the Town Car, loved by the livery industry, were also discontinued that year. These “Panther” cars were Ford’s last body-on-frame, rear-wheel-drive sedans, a platform that was developed back in the 1970s.