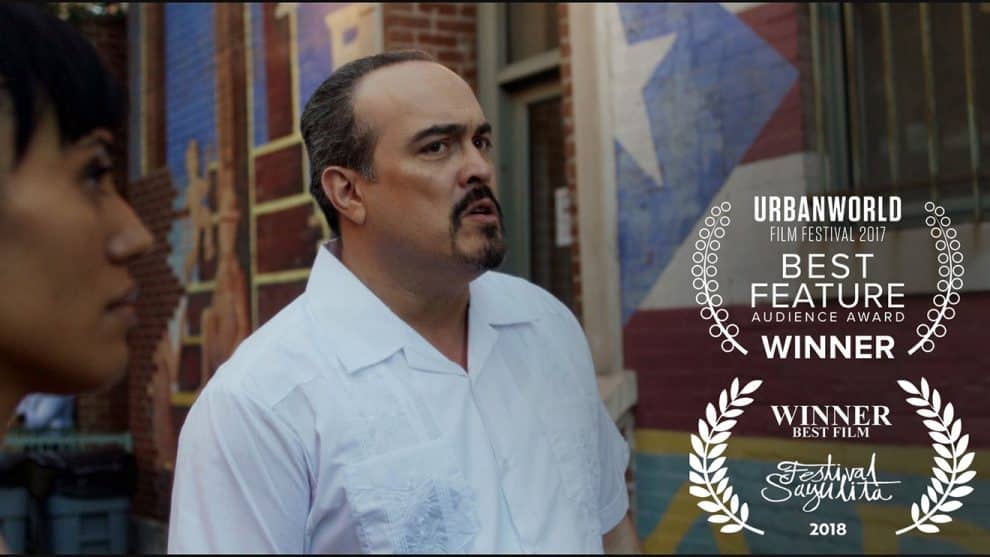 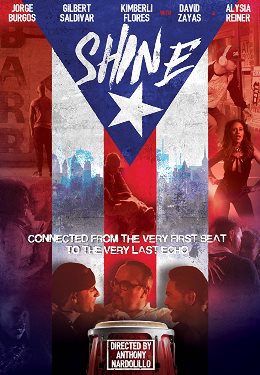 SHINE is the story of two brothers, once celebrated Salsa dancers, who are reunited years after the death of their father, on opposing ends of a city in full bloom gentrification.  Set in New York City with a cast that includes a legion of renowned Latin and Pop music dancers, the film reminds audiences about the power of community.

“SHINE is a timely narrative framed by Latin entertainment at its best,” Geno Taylor at GVN Releasing. “Its multi-platform marketability is the result of a passionate team of creators with a culturally unifying message and we are proud to bring the film to audiences.”

Forgiven Films will look to expand upon GVN’s distribution model to focus on wide market appeal movies with unique voices for underserved audiences, while GVN will continue to release faith-based and family titles.

Said Steven Belmont at President of Forgiven Films, “SHINE is a passionate, vibrant and very timely film. It is the perfect film to launch Forgiven Films, where we will aim to share unique voices and stories and provide quality entertainment to underserved audiences.”

Added filmmaker Anthony Nardolillo on the motivating force behind his decade long creative journey to bring the film life, “SHINE is not just a dance film. It speaks to our times both culturally and politically. Forgiven Films and GVN have given us the platform to bring our movie to an audience anxious to see themselves and their lives portrayed on screen, thus opening the doors to future projects for 13 Paces and other U.S. Latino filmmakers. Latin dancing continues to build in popularity each year and is currently featured on several top-rated television shows.  The message of taking pride in one’s community and heritage couldn’t be more urgent and timely.  SHINE fuses these elements with a fire and excitement set to a dynamic soundtrack of Latin music all-stars combined with a powerful storyline. This film is told in our own voice, with a raw, multi-talented, and diverse cast of performers that Hollywood films have not shared enough of, until now.”

“In 2017 Latin music and dance globally dominated record sales, streams and headlines in unprecedented numbers. There is no better time than now for a film like this,” said, Brian O’Shea of The Exchange. “We are excited to be working with Forgiven Films on their first feature. Their passion is palpable and the theatrical commitment the US release can have a very positive effect on SHINE’s international value.”

The deal was negotiated by Steven Belmont for GVN Releasing/Forgiven Films and Brian O’Shea from The Exchange on behalf of the filmmakers.

Set in a Puerto Rican neighborhood of New York City, where most of the actors hail from, SHINE debuted on the festival circuit two days after Hurricane Maria made landfall on Puerto Rico and a few weeks after Hurricane Harvey ravaged Houston, the hometown of Mexican-American co-star, Gilbert Saldivar.

The film was crowned with the Audience Award for “Best Feature” at the HBO-sponsored and Ava DuVernay-supported 2017 Urbanworld Film Festival in September and the screening sold out in 48 hours, which was the fastest in festival history. In October 2017, a private Beverly Hills benefit screening of SHINE was held in support of the cast and longtime friend and tour dancer, Gilbert Saldivar, who was raising funds for hurricane relief efforts with the non-profit organization, Voices for Puerto Rico.  Other celebrities such as Christina Aguilera were also in attendance to support the cause.

Passionate and vibrant, SHINE transmits the pulse of the barrio with scores from the golden era of Salsa, by way of a partnership with Fania Records and hits by Sony Music Latin titans Marc Anthony and Romeo Santos, to New York hip-hop flavor by the late GRAMMY Award- winning Puerto Rican rapper, Big Pun and rap-producer duo, The Beat Nuts.