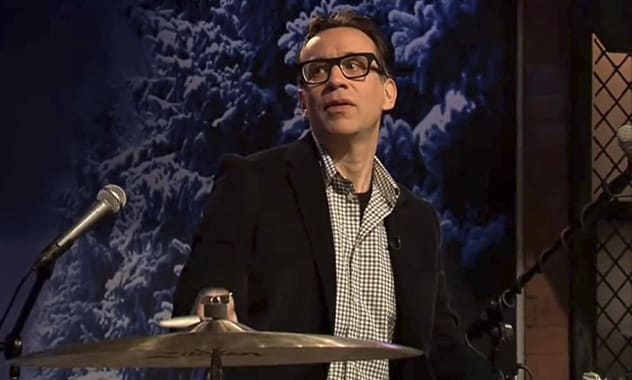 Fred Armisen is joining Seth Meyers at Late Night. The musician and Portlandia star and his 8G Band are joining his Saturday Night Live friend as the band leader for the revamped NBC talker.

“Fred will curate and lead the band, and continue to run it even when he’s off shooting Portlandia,” Meyers tweeted Monday.

Armisen departed Saturday Night Live at the end of the last season. He joined the show for Meyer’s final broadcast in January. Portlandia, about to start its fourth season on IFC, has previous provided a musical outlet for Armisen. In addition to performing on the series, he and co-star and co-creator Carrie Brownstein have performed songs while touring to promote the show.

A drummer and a guitarist, Armisen was a drummer for the punk rock band Trenchmouth in the late 1980s. He also played background drums for The Blue Man Group in the mid-90s.

Music played a huge role in the Jimmy Fallon era Late Night. In addition to the high-profile addition of The Roots as his house band, Fallon became one of the more adventurous music bookers in late night. He also frequently performed with his guests, wrapping the run before his Tonight move with a Muppets sing-along.

Meyers’ Late Night will not feature music as heavily his predecessor, but the noteworthy addition of Armisen means that he won’t be shying away from it either.